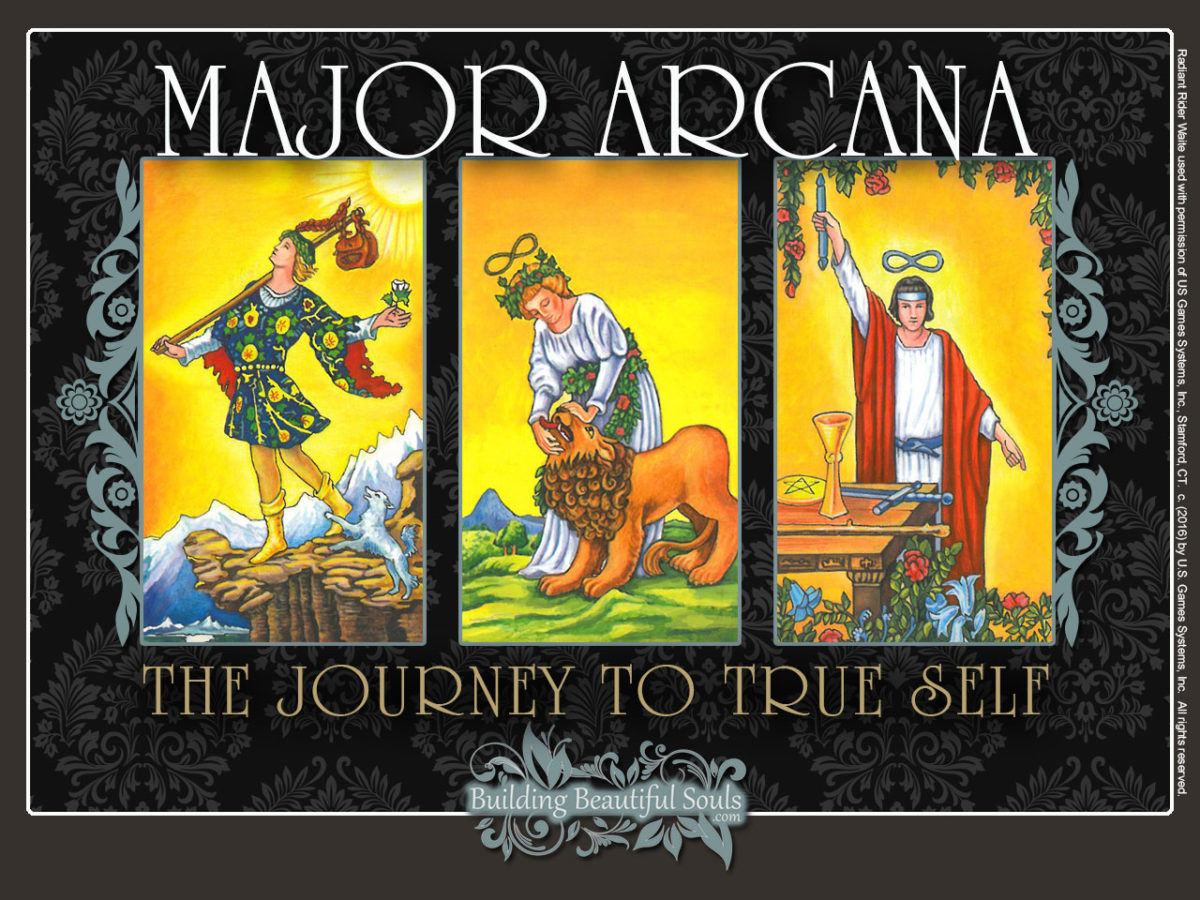 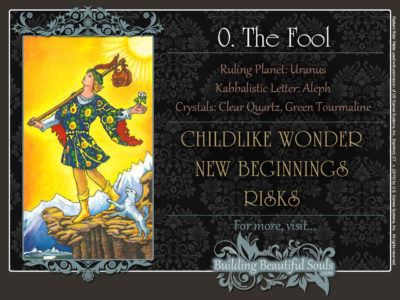 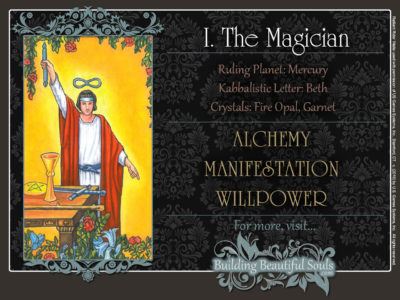 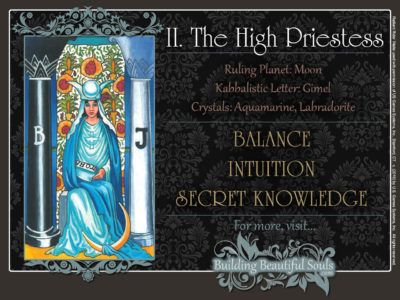 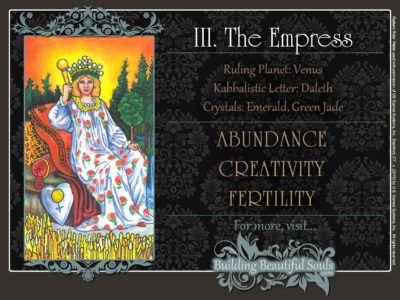 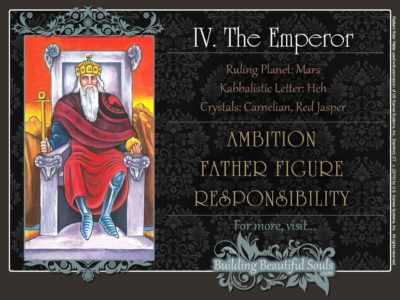 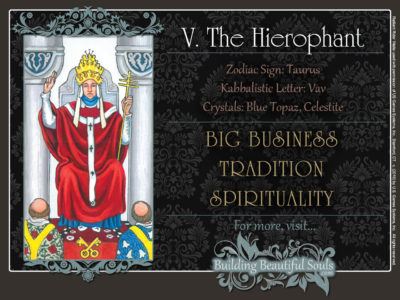 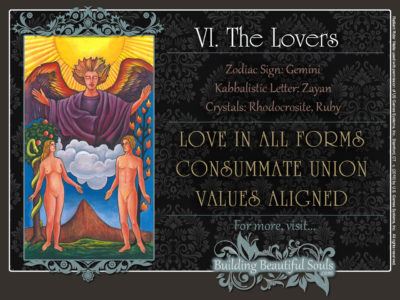 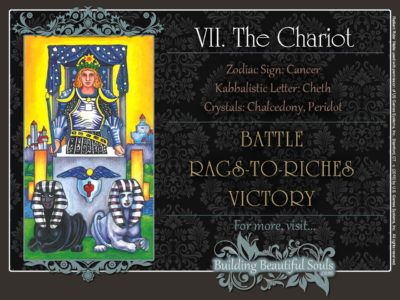 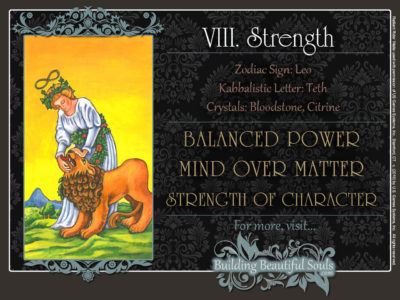 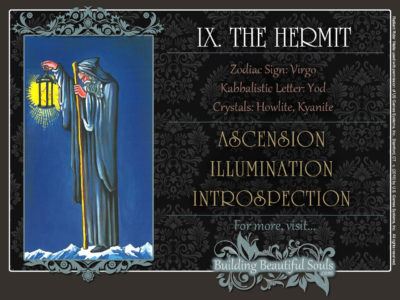 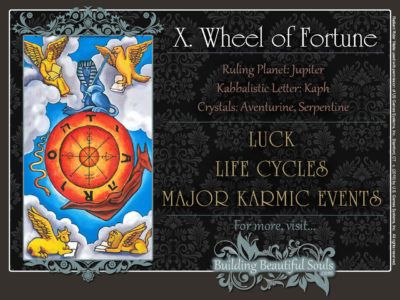 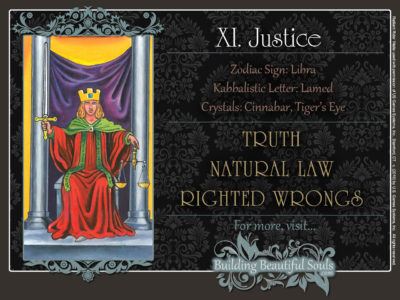 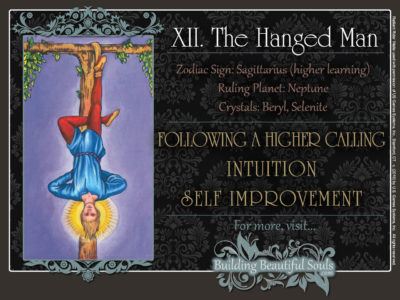 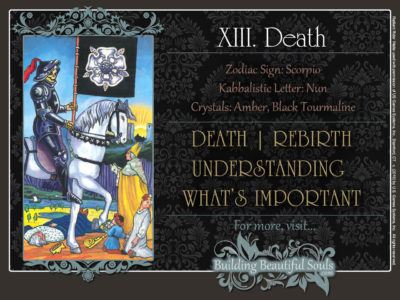 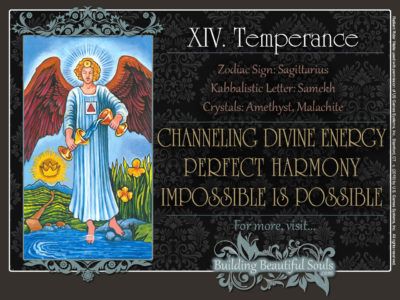 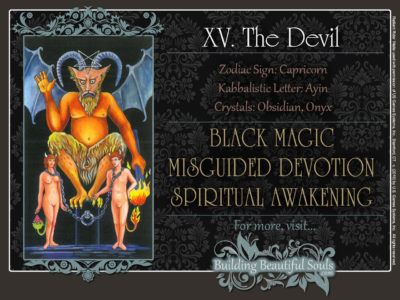 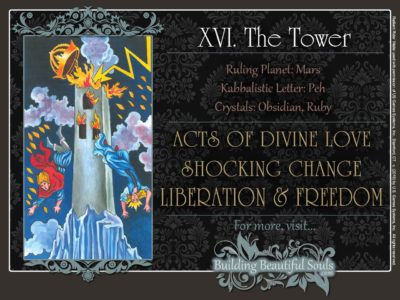 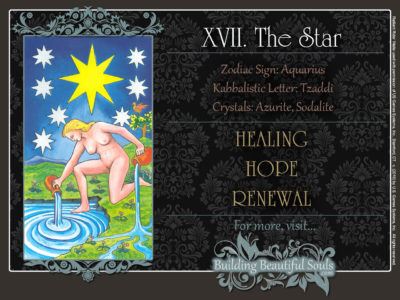 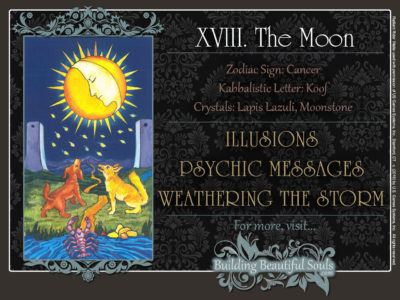 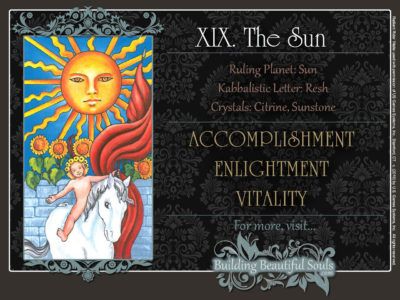 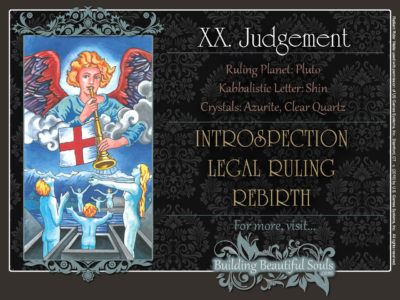 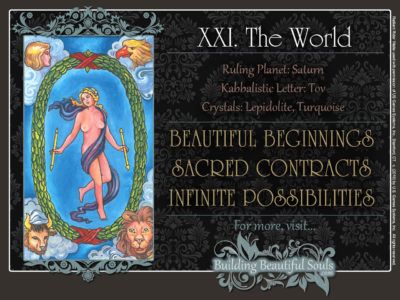 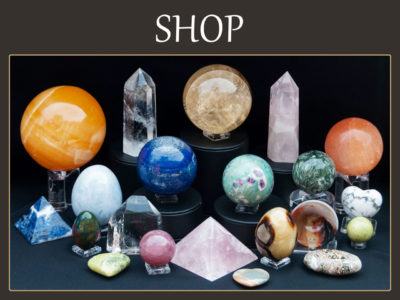 The 22 cards of the Major Arcana describe our journey through this universe – what’s happening.

In a way, they map out the workings of the human mind: how we perceive, process, and react to the world around us.

The idea is that they represent what psychiatrist Carl Jung called archetypes: a group of images or symbols in the collective subconscious everyone can access.

It’s a bit like the World Wide Web, but on a spiritual level.

If you place the Major Arcana in numeric order from 0 (The Fool) to 21 (The World), they form a story often called “The Fool’s Journey” – which is pretty much the same story as “The Hero’s Journey,” popularized by Joseph Campbell.

Here, you (yourself or the querent/client) are called on a grand adventure on which you experience an initiation and then return back to the world.

The Hero’s Journey is a powerful metaphor. When you divide this set into three groups of 7, it’s also a nifty way of memorizing the order of the Major Arcana.

Erm, but there are 22. You can’t divide that by three.

True, but remember that the Fool’s number is 0. He’s the one who’s going on this journey.

The first group of cards in the Major Arcana is made up of those forces that prepare him for the journey.

The Magician and the High Priestess are his spiritual parents, while the Empress and the Emperor are his physical ones.

When it’s time for the hero/Fool to leave his home, he receives his education from The Hierophant.

The Lovers represent his passion, the one thing that motivates him to prove himself.

The Chariot is the moment he actually sets off on his quest.

But a hero story without plot twists would be pretty boring, wouldn’t it?

The Fool’s story continues in the next group of 7.

Strength represents his first successes, his mastery of himself and the world, but The Hermit – often a card of warning – tells him that danger lies ahead.

The Wheel of Fortune shows that things have already been set in motion. Often it’s an experience that leads him to an important insight, which becomes plain in the Justice card.

The Hanged Man represents his trials and challenges, leading to a defeat – Death – that would crush a lesser person. But it’s actually a moment that transforms him, allowing him to tap into hidden reservoirs of courage and strength. This process is shown in more detail in Temperance.

Of course that’s not the end of the story. Otherwise, it wouldn’t be a heroic quest, but a depressing story by Kafka.

The Devil is the part where things can’t get any worse, and our protagonist has almost resigned himself to his fate. The Tower is the miracle that saves him in the nick of time.

Once the dust has settled, The Star shows the first glimmer of hope. Now, The Moon lights his path to victory. The Sun is his moment of glory, as he rides off into the final battle. Judgment is his triumphant victory, and The World represents order restored.

Major Arcana In a Tarot Reading

A large number of Major Arcana, say at least 4 in a 10-card “Celtic Cross” spread, acts as a series of exclamation marks, so pay attention. Chances are, something big is happening.

They’re pointing to an event or insight that’s likely to change your life – permanently, or at least for a very long time.

This change is not only physical, such the birth of a child or a career change.

Keep in mind that the Major Arcana function mostly on the level of the psyche and spirit. This means, they’re more likely to affect how you think and feel about yourself and the world in general.

They represent life and spiritual lessons.

Among the most important of these are the Tower, Strength, and the Empress.

These tarot cards are so important that Dr. Robert Wang calls them the “shocks of the soul” in his book Cabalistic Tarot. They connect the “positive” and “negative” poles on the Tree of Life.

Their lessons so powerful that they can feel a bit like sticking your finger in a light socket.

Bzzt! Oh, life can really be so much better than this (Tower)?

Bzzzzt! Oh, easy does it, too (Strength)?

ZAP! Oh, God/dess really is about love and joy (Empress)?

It’s not always bad news when the Major Arcana are reversed. Remember that they represent the energy flow between the fixed points (Sephiroth) on the Tree of Life.

This energy can run both ways, and a reversal generally shows that it’s flowing the opposite direction now.

For some cards, like the World, it means that class is still in session. Information is still coming in, and you need to wait a little more until you can move on.

But for others, such as the Devil, it means that “teach” is letting class out early, because you’re ahead of the curve!