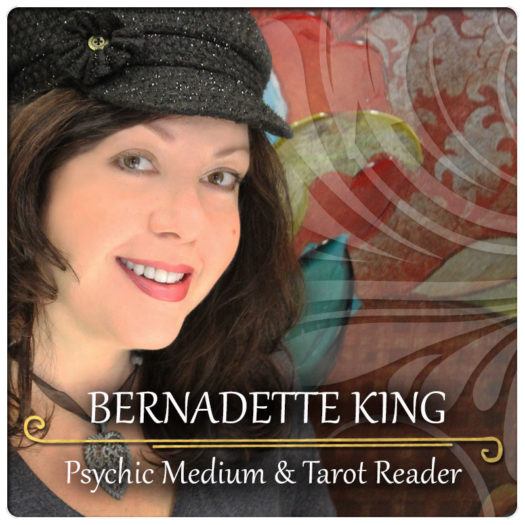 You’re here! Yay! It is my great pleasure to meet you!

Thank you for visiting Building Beautiful Souls. Please know you are at home here.

My highest intentions for creating Building Beautiful Souls are to;

If I may be of service to you in any way, be sure to contact me.

As a Scorpio, the “why” of everything has always been the knowledge I most sought. Face value holds little value for me. The depths are where I aim when diving into, well, anything.

It’s only when we get down the nitty gritty, the underbelly of things, can we really know the truth.

For me, the two truths that matter most are – where did we come from and where the heck are we going after we die?

But, those only became the truths more important to me after…

How I became a psychic medium

On January 5, 1997 my mom, Patricia B. Carter, was killed due to medical negligence which resulted in her wrongful death. When she presented in the ER that morning, a staff member at the hospital pulled the wrong records and my mom was treated based on a complete stranger’s medical history. Erroneously applied procedures and medications induced her fatal heart attack.

Perhaps if the attending cardiologist had recognized my mom as his own patient from private practice, perhaps if he’d gotten to her bed sooner than the 18 minutes that are documented…

We’d never been a spiritual or even religious family so I didn’t ascribe to any particular doctrine’s outline of what happens after death. The only thing I believed in back then was the excruciating pain cocooning every part of me.

After attending a wide variety of church ceremonies in an effort to find out what happened to “her”, the only thing I knew for sure was that my mom was still ‘out there’…somewhere…and I was going to find her – whatever it took.

The books and CD’s I bought could fill a New Age store, I never missed an episode of Crossing Over with John Edward and lemme’ tell ya, there are more psychic fairs and metaphysical expos in this country than one could shake a smudge stick at.

In all my travels, there were definitely intuitives who connected with my mom. And others who were connected only to presidents – specifically those who appear on legal tender.

The only consistent message I got from the clairvoyants was that I was “a very gifted psychic and would work in the field one day”. To which I always responded, “Baloney.”

One morning, exhausted and depressed to very depths of what I now believe to be a soul, I thought to myself, “OK, look, you know there’s some truth in all this boogedy-boogedy ‘stuff’. Don’t be a schmuck. See if you can connect to your mom yourself.”

So, I decided to take a psychic development class.

That’s when the woo-woo got really real.

My teacher was the incomparable Rev. Maureen Eslick of Woodland Hills, Ca and teacher at the Harmony Grove Spiritualist Association.

The first day’s psychic experiences shocked the poo out of me. They also convinced me there is life after death and every single one of us is a psychic medium. Further, I became perfectly clear regarding my purpose in life.

Rev. Maureen began the class with a meditation. I’d never meditated before but I figured it was just like concentrating so that’s what I did.

When she “woke us up”, it felt like I’d been drugged. I had no idea I was in an altered state of consciousness.

Then she handed each of us a trinket and casually said, “See what you get from this.” I had no idea she was testing our psychometry skills.

In a nano-second I was sobbing and saying over and over again, “It’s love. I love him so much. I miss him so much. There’s just so much love.”

Just as quickly, the sobs turned into a steady stream of thoughts spoken aloud. I had no idea I was channeling.

The episode was over just as soon as it began.

My breathing slowed, the tears stopped and I felt limp.

Eventually, I became aware that the other students were staring at me, slack jawed and still as…well…death.

Rev. Maureen calmly said, “That ring box belonged to my mother-in-law who passed away last year. She and my husband share a birthday. It’s this Saturday. We’re having a party.”

I barely spoke for the next week.

When I had made my decision, I called Rev. Maureen and said, “I’m going to be a professional psychic medium. I want to help as many people as I can, connect with their family, friends and pets who’ve passed away.”

You see, as hokey as the ol’ “if I can help just one person…” line is, I never want anyone to experience the kind of anguish and hopelessness I did when I believed my mom was dead and her love was no longer accessible to me.

This is why I do what I do and for no other reason.

Only those who read this far will ever know that my sites BuildingBeautifulSouls.com and WhatIsMySpiritAnimal.com are dedicated to mom. Had she not chosen to leave this world at only 61, I would never have become a psychic medium who (hopefully) helps folks find peace and healing during their own times of grief and loss.

If I may be of service to you, please reach out. I, personally, return every email received.