Claddagh Ring Meaning, History & How to Wear It 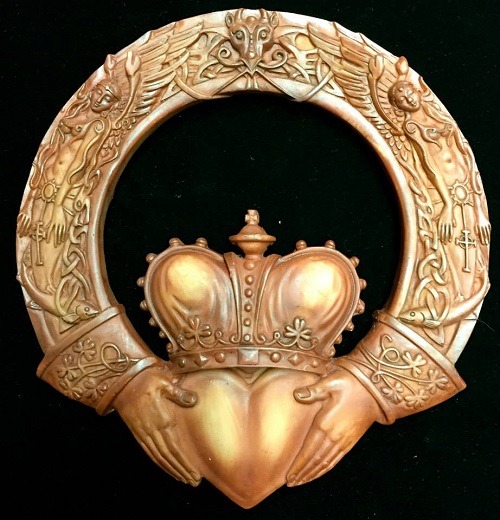 The Claddagh ring is widely accepted as originating from the quiet little 17th Century fishing village of Claddagh, just outside of Galway, Ireland.

The word Claddagh comes from an Irish term meaning “flat stony shore’. Not a romantic term but the Irish are nothing if not practical and the town is on a rocky shore so, well, there it is.

Now, digging deeper into the Claddagh’s history reveals origins far earlier than that of the more well known Claddagh lore.

The Claddagh ring is predated by a group of European finger rings called “fede rings”. The name “fede” is derived from the Italian phrase mani in fede; meaning ‘hands joined in faith’ or ‘hands joined in loyalty’. These rings date from the Roman era when the symbolism of clasped hands represented pledges of many forms (love, marriage, friendship).

Once the Irish added a heart and crown to this design, the Claddagh ring we know today was destined to become perhaps the most enduring and well known of all the Celtic symbols for love.

Additionally, the Claddagh is a unisex ring and is an accepted accessory for both men and women. 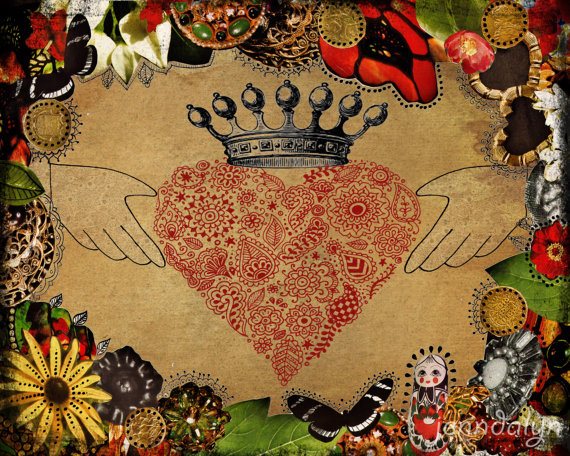 What fantastic storytellers were the Celts. Hundreds of years later their folklore still enraptures and studying Claddagh history in an effort to discern they whys and wherefores of its symbolic meaning is no exception.

The symbols on a Claddagh and the meaning of them is pretty straightforward;

The most common story seems to be that the very first Claddagh was made young Richard Joyce of Galway. According to legend he left his true love and sailed off to the West Indies hoping to make his fortune. Captured by pirates (of course) Richard was sold into slavery and purchased by a Moorish goldsmith.

Many years later when King William III negotiated the freedom of slaves Richard, now a master metallurgist, chose to return to Ireland in the hopes that his true love had remained just that, true.

His soul mate’s heart had remained steadfast and so Richard crafted the very Claddagh ring as a tribute to their unity, love and mutual faithfulness.

It’s important to note that this legend is not entirely an embellished fairy tale. In fact, the earliest examples of Claddagh rings are engraved with the initials RJ (Richard Joyce). 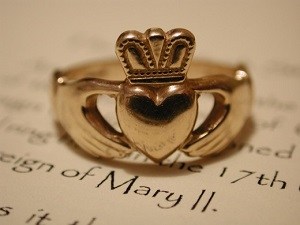 How to Wear a Claddagh Ring

Ah, love. We want to tell the world when we have it, want it and don’t want it. Over the centuries, the Claddagh ring has come to symbolize more than romantic love.

Depending upon which finger it is worn and direction the crown and heart face, the Claddagh can send the following messages regarding what stage of love you’re at: