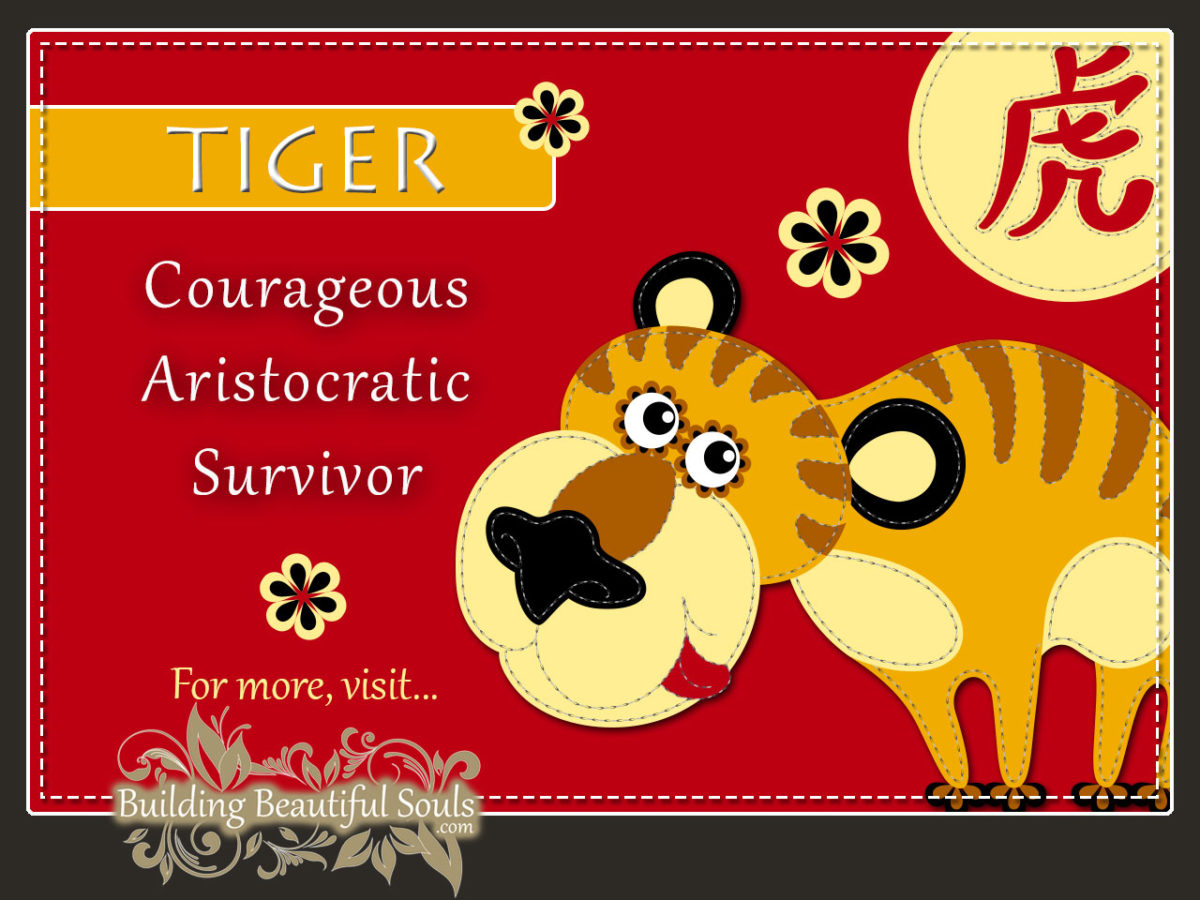 Year of the Tiger – It’s Grrreat!

A leader with a natural air of superiority, the world belongs to Tigers. It is their personal pride lands to survey as they wish.

Though they would rather be lying about on a grassy knoll, partaking of the catnip, Tigers are fiercely protective of their family and territory.

One minute they’re all soft kitty, warm kitty, little ball of fur and they next they’re battle cat. Make no mistake. Tigers are no cringers.

Year of the Tiger Table of Contents

Of the Chinese zodiac animals, the Tiger’s personality traits are among the best known. Across all cultures and throughout their history these big cats are the archetypal symbols for courage and ferocity.

They don’t change their stripes once they’ve made up their mind to take a stand.

One word of caution for Tigers, though. It’s important to get enough fiber. It really helps with the hair balls. Nobody wants to be lookin’ all fierce, tellin’ somebody they better start prayin’ for mercy and then go all Puss in Boots and everything.

Never one to be trapped, the Tiger is born free. For this Chinese New Year animal, the love of adventure and addiction to excitement is pure catnip. They life life as largely as they can. Because of this, Tigers are the original Aristocats. How they love Hobbes-nobbin with the rich and famous.

Big money means livin’ large. Tigers want all that and a bag of cat treats.

Those born in The Year of the Tiger may want to be careful regarding some of their characteristics though. Confidence is one thing, but nobody’s purrfect and they don’t want to end up a rug in front of someone’s fireplace! Remember, not every shot can be a hole-in-one. So, Tiger, try to stay out of the woods by being a bit more gracious to your adoring public.

Also, the wild safari of life is an adrenaline junkie’s dream but on occasion curiosity will kill the proverbial cat so just make sure to sometimes look before you leap.

Year of the Tiger Love Compatibility

The Tiger licks its chops at the mere mention of love. They are incredibly romantic.

But the Tiger personality tends to let emotions get away from them and they do not believe in the old adage;

If you love something, set it free; if it comes back, it’s yours. If it doesn’t, it never was.

The Tiger personality tends to believe something more like:

If you love something, set it free; if it comes back, it’s yours. If it doesn’t, hunt it down and drag it back to the lair – no matter how long it takes or how loud the screams are.

Tigers, there’s a fine line between pursuing true love and stalking prey, so if an Animal Services truck pull up in front of a Tiger’s house, it’s probably time for them to lay low for a while.

On the Chinese zodiac calendar, Tiger years are all about drama fer yo’ mamma’! But before the caterwauling starts, remember change and upheaval can be a good thing or it can totally suck. Either way, it’s best to store up energy when The Year of the Tiger is imminent. Long catnaps are usually just the ticket.

Of the 12 Chinese zodiac signs, it is the Tiger’s symbolic meaning that brings the most masculine traits to the forefront. Even a Tigress is all about virility and strength.

Wanna’ test the aggressiveness of a female Tiger? Let another woman’s cub get a spot on the cheerleading team. There’ll be NO crouching for that Tiger and she ain’t hidin’ her dragon NOWHERE.

Run for your lives ’cause her claws are comin’ out and they’re painted red. Blood red.

However, while gnawing the remains of the carcass, what they’re probably thinking about is their next Broadway smash hit because, on the flip side, Tigers are sensitive, emotional and creative personalities.

A little known fact is that Tony the Tiger is a writer/producer of Cats The Musical. He collaborated with Andrew Lloyd Webber, but they had a falling out over which litter to use backstage — clay or pine. However, the two recently shook paws and now they’re gr-r-reat.

Ya’ know, the most wonderful thing about Tiggers is that they rise up – go straight to the top. They’ve got the guts and they’ll get the glory. Of the personalities of the 12 Chinese zodiac animals, they’ll go the distance ’cause they’re not gonna’ stop. They’re survivors.