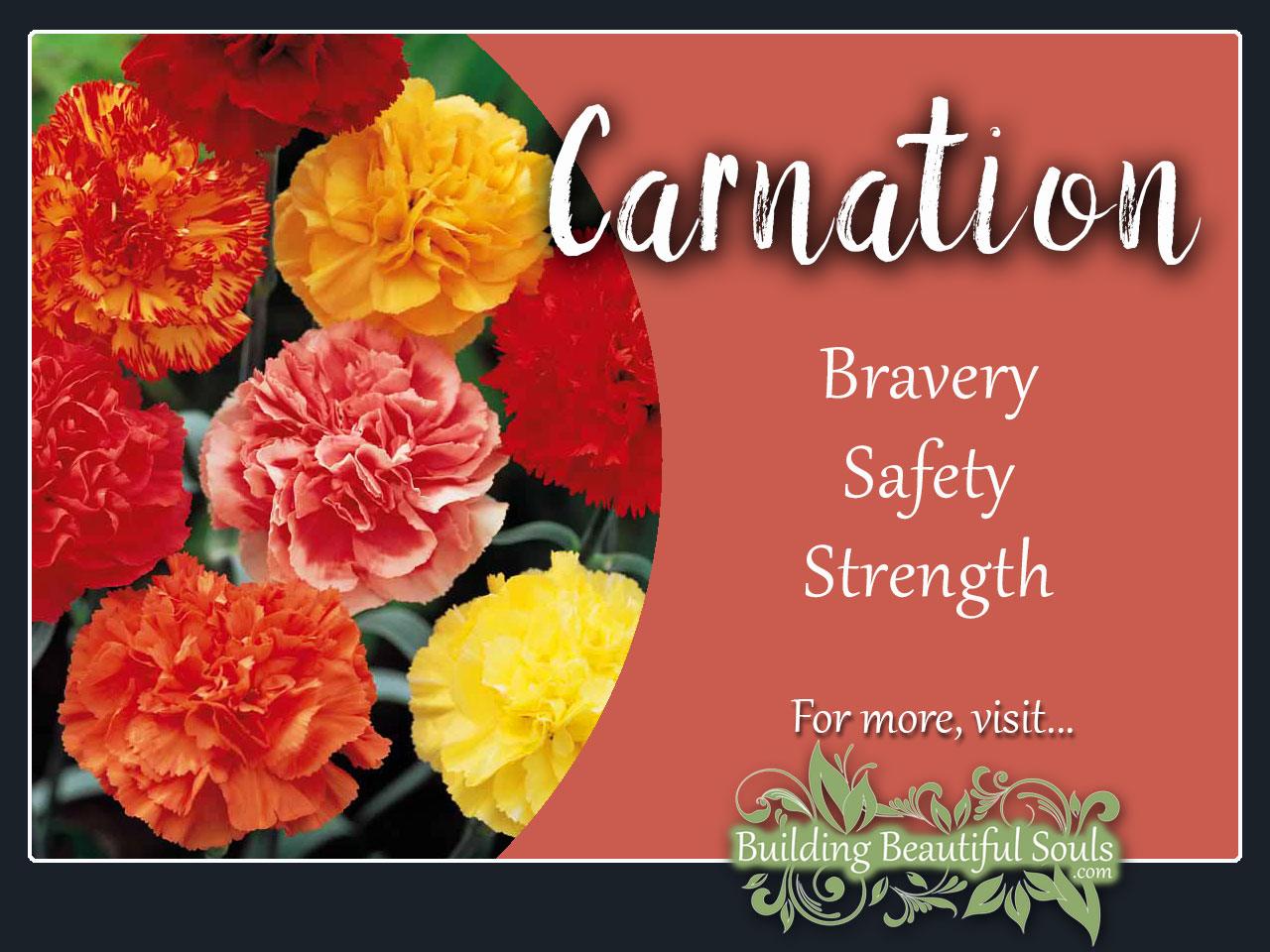 Carnations are terrific teachers in that they remind us to never take anything for granted.

These pretty pom poms are considered by many to be ‘filler flowers’ in bouquets and have become so commonplace that it’s easy to overlook them when buying for ourselves or those we love.

How many of us would pass up an arrangement of Carnations for one made of Gerbera Daisies or of Tulips?

Let’s face it, they just don’t have the mainstream sex appeal of a Lily or a Rose.

We think a Carnation revival is called for and after you learn all about this fierce little flower, we bet you’ll believe the Carnation can get her groove back.

After all, this ain’t your granny’s corsage!

This is probably why it became the official blossom for Mother’s Day festivities.

Wear a White Carnation if your mother has passed over, a red one if she is still living. That’s not the only time of year we see carnations.

Mexican tradition ties Carnations to rituals for the dead while Flemish custom uses them in wedding ceremonies. The Greeks considered it a heavenly flower sacred to Jove.

To better understand this cheerleader of nature, read all about Color Meanings.

Dreaming about Carnations could symbolize forthcoming friendship or good luck in a job. If the Carnation blossoms in red or green, your friend is true.

A White Carnation represents a giving friend, a black one warns of trouble ahead and a wilted Carnation implies a friendship coming to an end.

Bundles of Carnations precede a surprise at home while a single one tells of a personal adventure. If you see someone giving you Carnations be aware of potential enemies afoot.

Giving just one flower to another, however, opens the door for warm feelings. You can learn more about the meaning of flowers in your dreams by visiting our Dream Dictionary.

Carnation In The Victorian Language of Flowers

The Victorian Language of flowers broke up the symbolism of Carnations according to their hue.

Pink Carnations given to another meant they would never be forgotten and that you were thankful.

A solid color Carnation told the recipient that your answer was yes while a stripped flower was a refusal.

If you want carnation oil be prepared to spend a pretty penny.

It is hard to find but excellent for stress and anxiety reduction. Externally it can be used to sooth itchy skin conditions.

Bathing in Carnation water improves the overall stability in your life and helps people fight the effects of SAD (Seasonal Affective Disorder).

Note, however, that research on this flower is scant, so these results may be subjective.

The Number Five is as perky as a fresh Carnation. It gives this flower the spiritual energy and vibrations of versatility, cheerfulness and the ability to entertain others.

In Numerology 5 is very energetic and transformative. Use five carnation petals in your charms or spells for personal change and self-empowerment.

Other metaphysical uses for the number five include balancing masculine and feminine qualities, facilitating loyalty, banishing deception and charming unpredictability.

With five in the background, wearing a Carnation is one way of opening social doors, even with rather eccentric folk. The flowers offer energies for laughter and liberation in mind and soul.

Healing Crystals: With the wide array of Carnation colors from which to choose, you want to match your crystals to your intention. For example, if you’re working with purple Carnations for improved humor then you’d pair your carnations with Spurrite or Celestite.

Superstitions: Putting carnations in a room where someone is recovering gives them extra energy and strength (red is the recommended color).

Divination & Magick: Some magical practitioners use Carnations on the altar as an offering to the Great Goddess.

In Korea three Carnations are part of a divination ceremony to determine which phase of life will be most difficult for the querent. To try this yourself you put all three on your head from front to back. The front represents the present the back the distant future. The flower that fades first represents your answer.

Since the Carnation’s element is fire, they are often used ritually for protection and increasing energy.

The history of this flower goes back some 2,000 years to Egypt. The Greeks and Romans both made garlands of white carnations and laid them at the base of sacred statues. Throughout this region these blossoms appear on all manner of arts.

Medieval weddings often featured a gift of carnations for the couple, symbolizing fidelity and a long, happy relationship.

During Elizabethan times people wore carnations as a talisman against being hung on the gallows.

Ann Jarvis gave out white carnations for years in an effort to bring attention to her quest to honor mothers. In 1912 that dream became a reality with the first Mother’s Day celebration.

President McKinley wore red carnations for good luck. Tucked into his lapel he gave these out to people who asked for favors he could not grant. In order to bring the recipient serendipity it must first have been worn in his lapel.

In Greek lore a story tells of the Goddess Artemis who was admired by a shepherd. When he surprised her with his gaze, she tore out his eyes in a fit of anger. Later she lamented her haste and replaced the shepherd’s eyes with carnations.