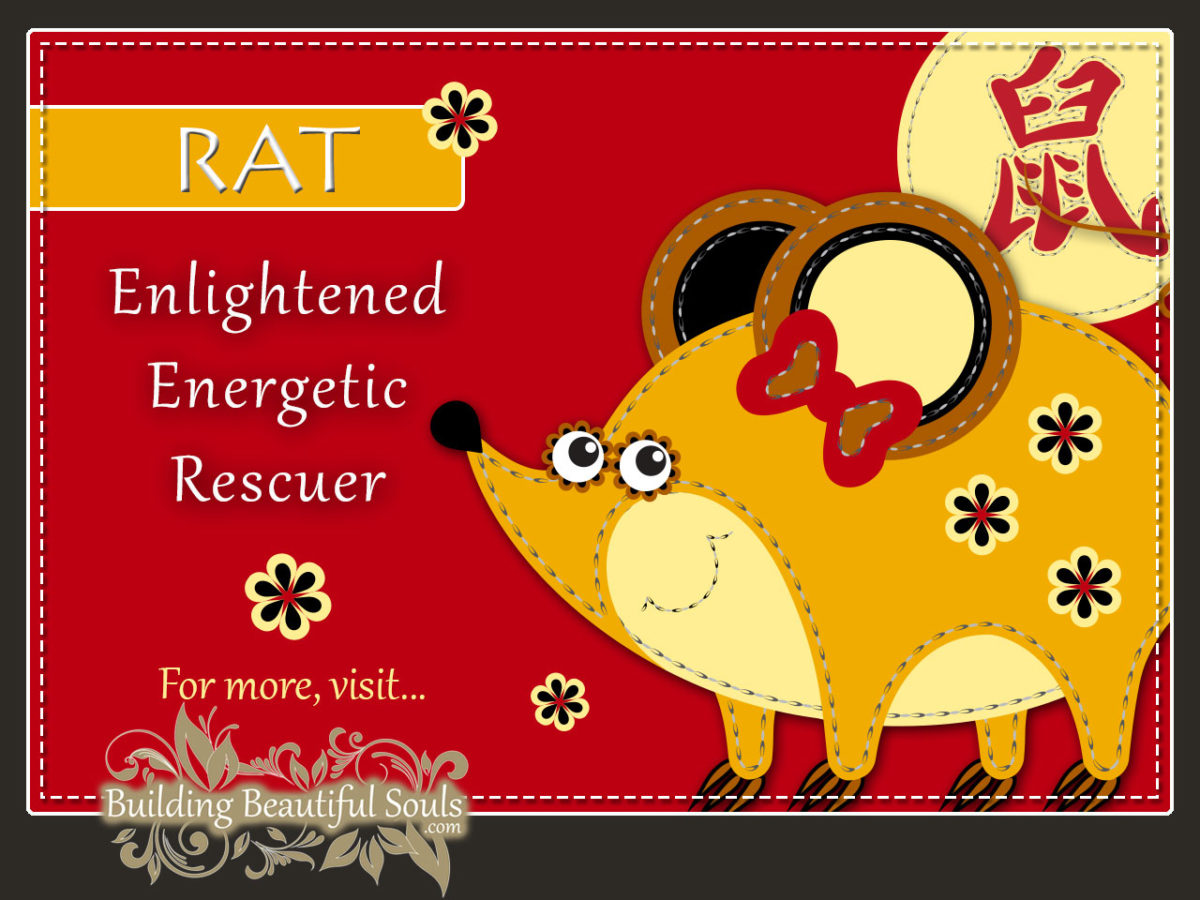 Year of the Rat Named Big Cheese of the Chinese Zodiac

Of Mice and men, it very well may be the mighty Mouse who is the most enlightened.

The Chinese Rat is not just any ol’ Tom, Dick or Jerry.

Yet when folks are waiting on their Szechuan and looking at the place mat to discover which of the 12 Chinese zodiac animals they are, few are happy to find they’re a Rat.

Well whiskers up friends, for if you are born in the Year of the Rat take pride in knowing you are charming and aggressive.

Year of the Rat Table of Contents

You’re constantly on the move, shaking things up. Because of your quick-wittedness you can accomplish more in a few hours than most others can in a few days. Plus, you likely play a mean game of Mousetrap.

Furthermore, if you take away that unfortunate little Bubonic plague incident (for which the rodent brethren at large are accused and, hey, they had no way to know those fleas were packin’) Rats are super smart creatures we can learn a great deal from (sans animal testing).

Just look at Splinter. Or Pinky and the Brain! And, if you can look fast enough – Speedy Gonzalez.

Who’s the leader of the club that’s made for you and me, huh? It doesn’t take a great Mouse detective to figure this one out.

Yet humans set out traps and poison the minute those telltail tiny turds show up in their cabinets. But before you call Truly Nolen remember that all Rats have a Mr. Jingles inside.

With great instincts, confidence and a bit of perfectionist OCD, the Chinese Rat personality makes a very successful businessperson. Thus proving that whole “…not a creature was stirring. Not even a mouse…” theory has more holes in it than Swiss cheese.

You wanna’ win in a rat-race? Hire a Mouse. They’ll get the job done, done right and reap a whole lot of profit in the process.

In fact, one of the more famous Rat business persons is Stuart Little. His real name is Stuart Littlebergklinesteinowitcz but it was too long for the movie credits so his name was minnie-mized for mainstream.

No matter how ruthless a Chinese Rat can be in business, they tend to be honest and are offended at how miscreants are often called ‘Dirty double-crossing Rats’. Actually, a major Rat characteristic is that they are the very souls of discretion. The Chinese Rat can keep a secret as few others can – or will. They would never Rat anyone out.

Another wonderful Chinese Rat personality trait is that they make great friends. When the chips are down, you can always count on them for encouragement. Let’s say your love-life is in the proverbial potty. A Rat bestie might say something sweet like, “Just remember, somewhere out there, beneath the pale moonlight, someone’s thinkin’ of you and loving you tonight“.

Now, no one is perfect so it is only fair to tell you that, on the flip side, Rat people can be Chatty Cathy’s, a bit narrow minded and sometimes mean. However, you might lose your crackers too if people kept putting you in a maze all the time.

Year of the Rat Love Compatibility

It might be difficult to see this zodiac animal as loving because they’re not necessarily romantic.

But if you count real love as being inclusive of protection, loyalty and devotion then the Rat’s the Big Cheese.

No, Fievel will never go West.

They can be great rescuers and there are plenty of Mouse love stories which have become an American tail.

A Chinese Rat’s symbolic meaning speaks of the early morning hours when they’re active but few other animals are and, so, Rats symbolize new beginnings.

The Year of the Rat is full of creative energy so jump into that spinning wheel of life and go, go, GO!

And now it’s time to say goodbye to all our family…
M-I-C
See ya’ real soon.
K-E-Y
Why?
Because we like you.
M-O-U-S-EeeeeeeK!