The month of March was originally called Mars, a Roman God. The persona of Mars is one as staunch and determined as the Roman spirit. He represents prowess in battle, fighting for a cause (kin and country) and courage.

Originally a god of agriculture associated with spring, this visage changed along with the overall atmosphere in Rome. Mind you, the fact that most wars couldn’t be engaged in foul weather didn’t hurt any. Men were eager to strut their skills. Even with all this posturing, March remains a month of promise. Those first tidbits of growth pop through the soil and remind us that renewal is at hand.

March was originally the first month on the Roman calendar. This make sense from a seasonal point of view. The earth was coming out of dark day into greater sunlight and improved abundance. Spring officially stars on the March equinox around the 21st of the month. In the Southern hemisphere the season turns to autumn.

Besides Mars there were other Divine personalities that presided over spring. These include Cybele and Ceres both of whom have fertile aspects. This association may have come about because this is when we see many animals moving into mating cycles.

Where February was certainly the month for lovers, there is something about March that really gets our energy moving. With more sunlight at our backs we warm to the idea of moving again, of making progress on endeavors started with January’s resolutions.

A nickname for Aquamarine is the poor man’s diamond. It is a type of beryl as are emeralds. It derives its name from the Latin term “aqua” (water) and “marina” (from the sea). Many lightworkers admire the Aquamarine for its tempering nature, keeping emotions on an even keel.

Our ancestors felt that wearing Aquamarine could prevent poisoning. Romans carved it into jewelry worn to advance the cause of peace and friendship. In some settings brides would receive a gift of aquamarine for strengthening love.

Egyptian warriors wore this sacred stone to aid them in battle. It was part of the healer’s medicine kit for eye problems. In a modern setting, Aquamarine is a meditative stone that helps align our charkas for improved harmony. When your aura needs a proverbial tune up, seek aquamarine. 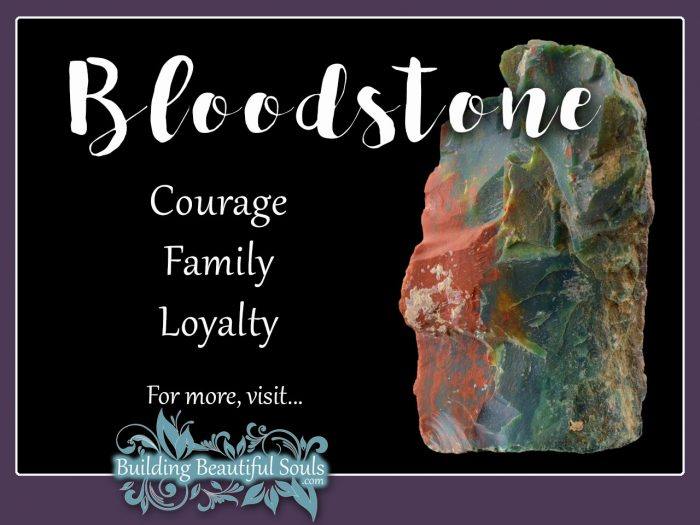 Bloodstone is dark green with bright red spots thanks to the presence of iron oxide. An older name for Bloodstone is heliotrope, a Greek word that means “turn the sun”. Historians think that name came about because of the way Bloodstone reflects light.

The Babylonians favored Bloodstone for healing amulets, magical seals and as a divination tool. Egyptians wore it into battle for great success (purportedly the stone made them invisible).

Other metaphysical uses for Bloodstone include weather workings, legal success and foreknowledge. Wear Bloodstone to improve personal strength and luck. 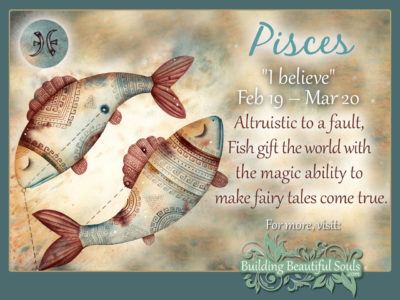 March begins with the sign of Pisces until the 20th. After that we move into Aries. Pisces the fish is unsurprisingly associated with the element of Water. These people are creative, kind, insightful, moderated and spiritual. The typical Pisces sometimes trusts too easily (which is why many become loners) and is an incorrigible romantic.

The one thing Pisces has no patience for is meanness and over-the-top egotism. Their selfless nature flies in the face of what the Pisces considers nearly carnal sins. With a ruling planet of Neptune they can see right through facades, seeking out others who are caring, tolerant and generous. 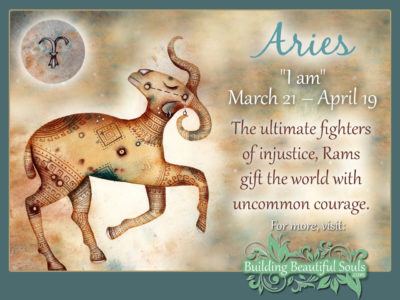 By comparison Aries is a Fire sign (aptly enough, ruled by Mars!). True to their planetary alignment, Aries are bold, outgoing, truthful, positive and zealous. Their main short-comings are a touchy temper and moodiness.

Those born under the Ram are go-getters. Don’t expect Aries to sit still very well. Everything in the Aries life is self-motivated and often chaotic. They don’t always stop to measure a situation before hurling themselves head long into it.

If you want someone to organize anything, find an Aries. And boy can they multitask. The problem with this is the tendency to expect everyone else to live at the Ram’s pace. Sometimes Aries impatience leads to a tiff particularly if the perceived delay ties to a beloved goal.

March has several month-long observances (hey, why have one day when you can have 31!). In Canada it is National Nutrition Month. In the United states we have Women’s history Month, Music in our Schools Month and National Frozen Foods Month. Additionally you can celebrate Youth Art Month and National Reading awareness month.

For holidays that have minor adjustments to their schedule we have things like Read Across America day which takes place on the school day closest to March 2. The First Thursday of March is World Book Day in the UK. First Friday of March in the US is employee appreciation day. The third week in March is National Poison Prevention Week, Friday on the 2nd full week of March is World Sleep Day (we’re in!), March Equinox on or around March 20th, and International Earth Hour comes the fourth Saturday.

For the 2nd half of the month you have St. Patrick’s Day (17th), Extraterrestrial Abduction Day and UN International Day of Happiness (20th), World Water Day (22nd), and the UN Dignity of Victims Day on the 24th. Rounding out the month there is EU Talent Day (25th), Purple Day (26th), National Doctors Day (30th) and National Backup Day (31st). 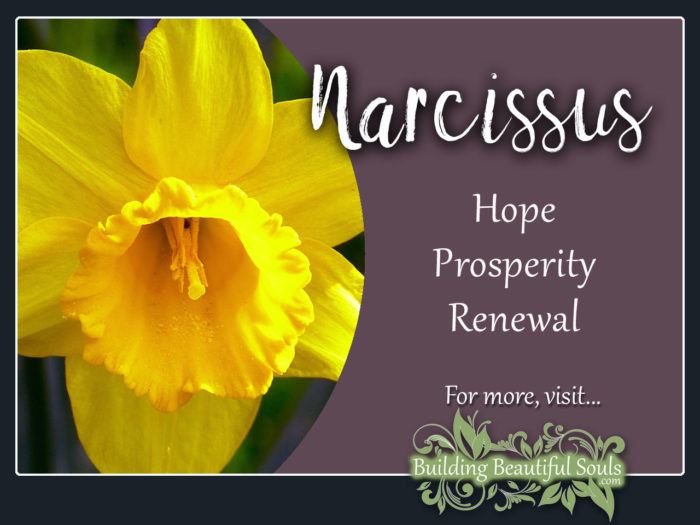 Also known as a Jonquil or Narcissus, Daffodil is March’s honored flower. Victorians regarded it as a symbol of truthfulness, the quality of mercy and abiding love. When the Daffodils start flowering they look like a trumpet, as if to blurt out “spring is here” with music.

If you look at a Daffodil it has 6 petals. In numerology six is the number that “plays nicely” with all other digits. Six is the number of harmony, love and nurturing. It is even sometimes nicknamed the “motherhood” number. Daffodil conveys all these attributes.

The bright yellow hue of the Daffodil speaks of joy and renewal. This flower is fresh and positive. It inspires clear thinking, high principles and faith.

In the herbalists’ kit, Daffodils were used as an aromatic. The smell relaxed people, allaying anxiety. By the way, Daffodils are sacred to the great Egyptian Goddess Isis. 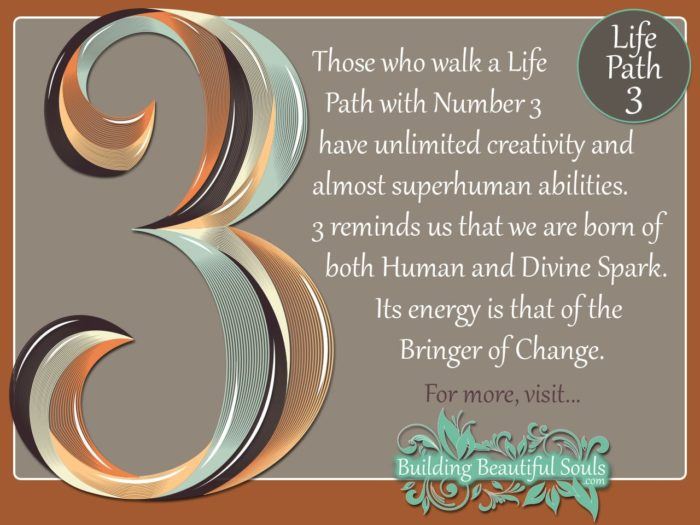 In Numerology the meaning of sacred Number 3 has a child-like aspect to it. While creative and expressive, the visionary nature of 3 Neurologically can be misunderstood. It is like the little girl who sees a whole world in a dandelion. To us it’s just a useful weed, but the deep wisdom in her perspective remains.

3 is a talkative number. March is a great time to schedule debates, lectures and presentations. The vibrations of three sustain effective communication and social acumen. Three can also bring out a hearty portion of charisma for some folks.

The cautions behind the number three begin with procrastination. All of those amazing insights manifest little until they are put in action. Once in action, 3 can get lost along the way and sometimes needs guidelines and a stern overseer.

March can be a very well-rounded and fortunate month so long as discipline remains intact. Be aware of your rhythms and personal rituals. By so doing you can foster improved relationships and loyalty between friends magically and mundanely. Overall March’s 3 represents a deep abiding joy in life, even when its impractical or unrealistic. The key here is keeping your feet grounded. Take on the challenge but be ready for all the boons and banes that go with it. 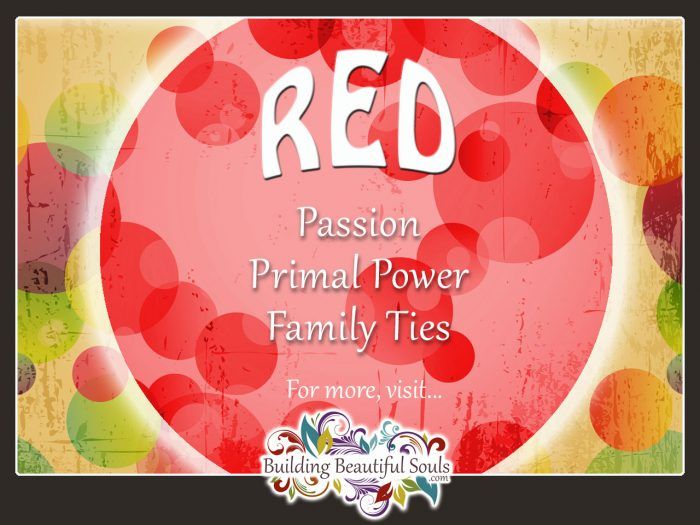 Because the sign of Pisces dominates this month, one color scheme is anything associated with the ocean or sea such as blue-green. Nonetheless because March is named after Mars, the predominant color correspondence for this month is Red (or fiery orange).

Overall red is very warm, active, stimulating and tied closely to our passions. It is aligned with the sacred masculine and our overall survival instinct. Red has high energy, which is why it’s wise to use it sparingly in children’s rooms.

Symbolically Red represents leadership, drive and resolve. It also boosts confidence particularly for proverbial wallflowers. Those who find their physical fortitude waning should surround themselves with more red, including clothing and jewelry selections.

While Red certainly supports a healthy sex life, too much of it can be troubling. A rhyme helps us remember “red makes a hot head”. The potential for anger, manipulation and revenge present in the color red should be regarded with care.

As with any other color, the shade of Red changes its underlying vibrations somewhat. Maroon speaks of well thought out activity rather than spontaneity. Burgundy reflects ambition and personal control. Crimson is sensual and scarlet sexual as well as whimsical.

Two of the best-recognized symbols for March are the Rabbit and Easter Eggs. Bunnies get right to the task of making babies at the outset of spring. Their joyous hopping mirrors our hearts as this season returns. Rabbits are sacred to various fertility goddesses such as Ostara (from whom we derive the word Easter).

Eggs continue the fertility theme as well as symbolizing creation. The yellow-white natural internal design of Eggs makes them a yin-yang representation with yellow as the sun (Yang) and white as the moon (Yin). Beyond this eggs signify various positive energies including our potential and new life.

The Full moon of March goes by various names. One among the Native Americans was Full Worm Moon (not terribly romantic!). The reason is obvious – the earthworm comes out of the ground, welcomed by early Robins. Some Northern tribes people called it Full Crow Moon reflecting the belief that crows caw when winter ends. The settlers to the new world called it Lenten Moon. Other name included Full Sap Moon (when you tap the maple trees) and Full Crust Moon due to the frozen crust of snow still lingering by night.

“A dry March and a wet May – fills the barns and bays with corn and hay.” ~ author unknown

“Daffodils that come before the swallow dares and take to the winds of March with beauty.” ~ William Shakespeare

“Up from the sea, the wild north wind is blowing under the sky’s gray arch; Smiling I watch the shaken elm boughs, knowing it is the wind of March.” ~ William Wordsworth

“March is the month that God designed to show those who don’t drink what a hangover is like.” ~ Garrison Keillor