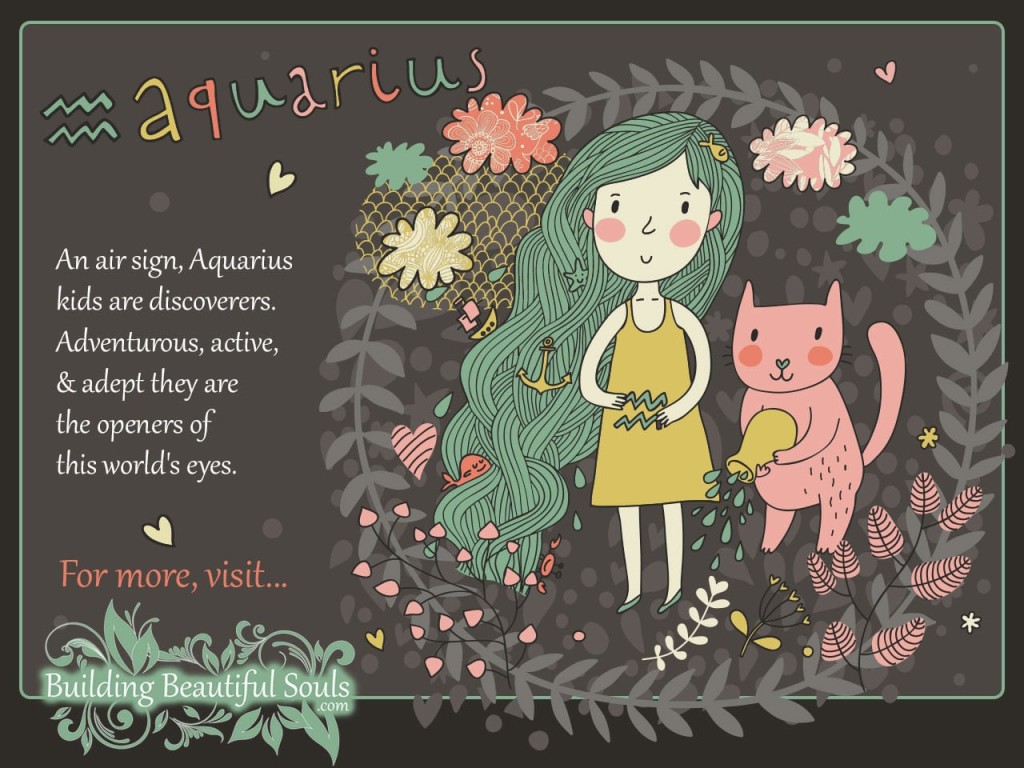 If these were still the days of gunslingers and life a Spaghetti Western, an Aquarian’s ten gallon hat would be half black and half white.

They would stand in the middle of the street, summon their ruling elements of Water and Air and bark, “You no count varmints. I challenge you to a duality!”

From the Water Bearer’s pitcher may stream the sacred waters of humanity’s consciousness. And Aquarius may be grateful she or he is the one who delivers its flowing wisdom to the world but…

These star children are Water signs masquerading as Air signs.

And what happens when Air and Water get into the aforementioned duel?

If one trait summarized this star sign’s spirit it would be adventurous!

That said, though the Aquarius sign corresponds to the element of Air, it’s symbol is that of a Water Bearer; one who is knelt down, humbly offering water as an act of modest service to humanity. In this, Aquarius is often thought of as a ‘forgotten’ or ‘lost’ Water Sign.

Nonetheless, your little “water bearer is a soul who craves freedom and adrenaline rushes. Coloring will hold their attention for only so long, after which they need a variety of other activities to keep them busy.

Because of their high intellect, good books can hold their attention but those books must be well written and filled with stories of intrigue and great exploits.

Get your Aquarius child danceable music, let them choose a sport to get involved in and come up with fun treasure or scavenger hunts the whole family can enjoy and you’ll be parent of the year!

The Aquarius child isn’t too picky about which activities they will thrive on so, as long as it doesn’t require prolonged sitting they’ll be very content.

This is one reason it’s helpful to have remarkable patience.

Aquarius babies bounce from one thing to the next, often leaving something half done. Eventually they’ll get back to A, but in the meanwhile there’s B, C and Z to explore!

As the parent of an Aquarian child prepare yourself for everything in the house to be taken apart at least once! These inquisitive minds want to know the ins and outs of anything that catches their magpie eyes.

The good news is that they’re pretty adept with tools and more than likely your clock will work even better after reassembly.

One of the more positive characteristics of an Aquarius child’s personality, is that he/she has a natural knack with people. They know how to make friends with all kinds of folks using a keen sense of humor as a letter of introduction. The social butterfly is a tad superficial however.

They don’t get overly embroiled in drama, so there will be times that aloofness rears its head. This actually protects the Aquarian spirit that has a strong empathic streak.

Keep a watchful eye because as they get older, this detachment turns into struggles with intimacy. Most Aquarians aren’t the touchy feely type even with the people they love most.

Couple the need for personal space with an independent streak a mile wide and its not surprising that your child illustrates a thirst for travel even at young ages.

Just like their Chinese Tiger twin, even the Aquarius baby is off to parts unknown, investigating everything. It’s a big world, and these children like (moreover ‘need’) to see every inch!

Come the teen years they may go off back packing and staying at youth hostels so they can create their own rules and schedules rather than have strictures from others.

The word “conventional” doesn’t even figure into this child’s vocabulary.

Despite the fierce need for sovereignty the Aquarian child shows a great aptitude for discipline. Just as their Chinese zodiac twin (Tiger) will sit motionless for hours while stalking its prey, once an Aquarius child puts their mind to something you won’t have to worry about reminding them. If anything, you might have trouble keeping up with their self-imposed schedule.

Another characteristic of your little Aquarian is that they are quite the visionary. As an Air Sign, they easily receive the divine messages that ride to us on the wind. Their minds will always be spinning like a mini tornado as they are constantly conjuring up new ways to approach nearly every situation, particularly if they see it might benefit the “little guy”. That idealistic nature sometimes manifests with a stubborn will. When your child perceives a situation as unjust, for example, they may down-right refuse to get involved. From the earliest age, they are willing to become the perfect storm to those they perceive are being unfair and that includes their parent(s).

When it comes to personal principles, the Aquarius child will stay true to their element of Air. They will become the eye of a hurricane. Until they deem it time to move on this star sign will stay stationary, no matter the chaos caused in the spinning world around them.

Raising an Aquarius girl means having a proverbial revolving door on your home. She is a breath of fresh air and other children love coming to play with her thanks to her natural charisma. While certainly not a leader in her clique, there’s a definite eccentric mix of friends all of whom seem intent on remaining in perpetual motion. Stay alert: you need keen parental radar for this child and her friends.

Your Aquarian girl is all about routine – not YOUR routine, however, but her own sense of patterning. If you watch, you’ll see her doing little things the same way and the same time. That routine is extremely important to the Aquarian mindset. It offers continuity and security, and woe to the parent who disrupts the flow!

Once this star sign starts walking your daughter will search out every corner of her reality looking for the next great discovery be it a spider or a dust bunny. That particular characteristic is something that continues well into adulthood.

The Aquarius girl has a gypsy soul and would willingly go into space if they could. Many children express an interest in the sciences early on because of their thirst for not simply understanding but also the next grand adventure. Not surprisingly the worst possible punishment for the Aquarius girl is grounding her.

However, in true Aquarian fashion, she’ll find an imaginative way to fill her hours more than likely by grabbing a pile of her favorite books that will take her mind to places unknown.

In disciplining your girl, bear in mind that the Aquarian responds to intelligent, well-reasoned information. Never talk down to this soul – they’ll shut down and stomp off. And the archetypal mother’s favorite phrase of, “I’m right because I’m mom”?

Good luck with that.

This is particularly true when endeavoring to redirect them from a principle that undermines the traditional family or school dynamic. Your Aquarian agrees with Katherine Hepburn’s quote, “If you obey all the rules, you’ll miss all the fun.” You will have to cleverly find a way for your Aquarius girl to accept the current structures while maintaining her independent outlooks.

Your Aquarius boy may well be on the Path to greatness, but he will get there by his own road and rules of his own making. This spirit is a dynamo – it’s as if he has his own power pack somewhere and it makes him somewhat erratic and highly unpredictable. You may find it hard to get your son to gear down for bed, which is why it’s important to set an evening routine that turns downs his normally high frequency life.

The parents of Aquarian males have a rough job ahead, particularly in trying to keep up with your child’s mental growth. He’s got a pesky little characteristic in that his mind can jump from A to Z and leave you in the dust wondering about the steps in-between. This constant mental activity sometimes manifests outwardly as intense curiosity. He may well run off on a woodland adventure without checking in first, meaning you want tight supervision.

The high paced nature of the Aquarian boy means that they may come across as awkward and uncoordinated. Their thoughts get ahead of their bodies. Be ready for bumps and bruises and for them to lose track of time regularly. Their current fascination envelopes them so hours simply slip by unnoticed. They truly can’t help being late. It’s not that they are being disrespectful, it’s simply a personality trait that’s hardwired into their DNA.

In early years the Aquarius boy has a strong willful streak. The good news is that even when stubborn they will think things through and often later do exactly what you asked without fuss. While not a cuddler your son is very personable and loves to make new friends, having an intuitive knack that draws them to the best companions. He’s a veritable Pied Piper of playmates and his natural charisma means your house will rarely be quiet.

Aquarius Element: Air but with a large Water influence.