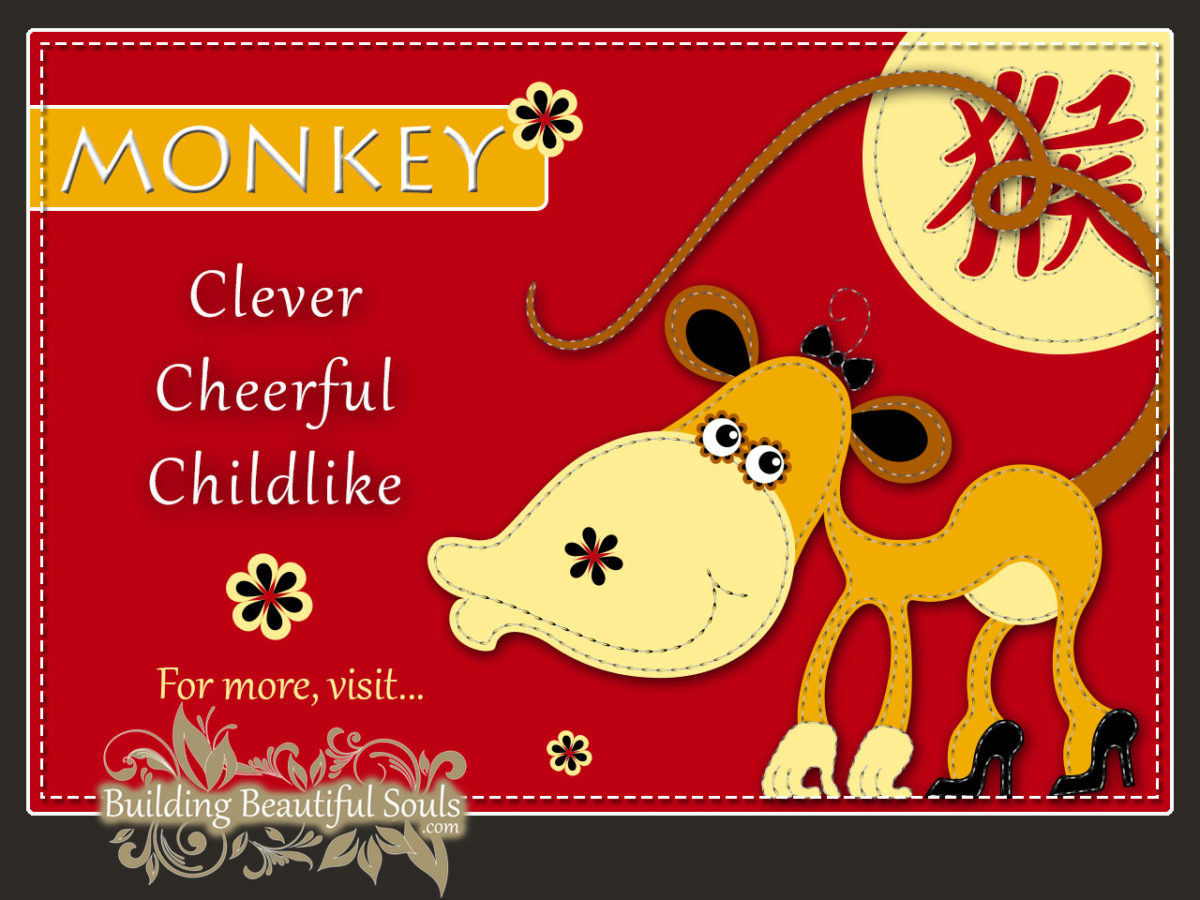 Hey, Hey It’s The Year of the Monkee

We’ve gone bananas with our use of puns.

And people say we monkey around.

But we’re too busy singin’.

To put anybody down.

You’ll always be King Song to us.

Year of the Monkey Table of Contents

The life of the party wherever they go the Chinese Zodiac Monkey is cheerful, energetic and more fun than, well, a barrel full of themselves!

Always in a good mood, they’ve rarely got an organ to grind with anyone. Alternately, other’s are rarely are angry with Monkeys.

On the odd occasion the Chinese Monkey does get perturbed, they won’t show it. They’ll just keep smiling while secretly wondering how they could turn the offender every which way but loose.

But of all the personalities of the 12 Chinese zodiac animals, Monkeys are the one who wears their hearts on their sleeves. When they do have a monk…uh…themselves on their back…Monkeys want everybody to commiserate with them. At that point, it’s all about them, them, them. In fact, Earth as we know it ceases to exist, and it becomes the Planet of the Apes.

And so, of the 12 Chinese zodiac signs, Monkeys tend to be some of the most self-centered.

However, because of their extraordinary problem solving and listening skills, Monkeys can spend a great deal of their time counseling friends. Too bad one has to be licensed to charge for such sessions. It could be a very lucrative Monkey business.

As luck would have it—and the Monkey does—this Chinese zodiac sign stands a better than average chance of becoming famous. Which would explain the tendency toward a lack of scruples, unreasonable nature and opportunistic scheming.

And that’s just their stage mothers.

A little known fact is that Grape Ape and Curious George’s mother was Queen of the Flying Monkeys. A positively wicked woman, when her kingdom melted away, she swore revenge on Hollywood.

Broke and pregnant (rumor has it that the babies’ daddy is Mighty Joe Young) she swung on to that banana boat and set sail for tinsel town.

Once there she and the boys got a small bungalow in Tarzana.

Grooming Grape and Curious from infancy, both did, eventually, wind up being famous actors. But, alas, as happens so often, Monkey Dearest spent all the little primate’s money.

So the Monkey boys called their Uncle, he rescued them from the poacher, helped them file a monkey suit and the battle was on like Donkey Kong.

Year of the Monkey Love Compatibility

There is simply no avoiding the forthcoming puns…

In love, Monkey’s are true swingers – jumping from limb to limb, darting in and out but never having the real staying power needed for long term relationships.

In fact, it would be fair to call them the “One Minute Wonder”.

If that’s your thing, groovy. But, it would drive us Animal Crackers.

Monkey symbolism is that of cleverness and the never-ending search for wisdom. They also are symbolic of the inner child – the mischievous, inventive energy that hatches the most interesting ideas, however far-fetched.

Again, Monkeys should use all that inventiveness only for positive endeavors.

If they’ve got an idea that could make the world a better place, then while they’re feeling the beat,
the Chinese Monkey should just get out of their seat and…