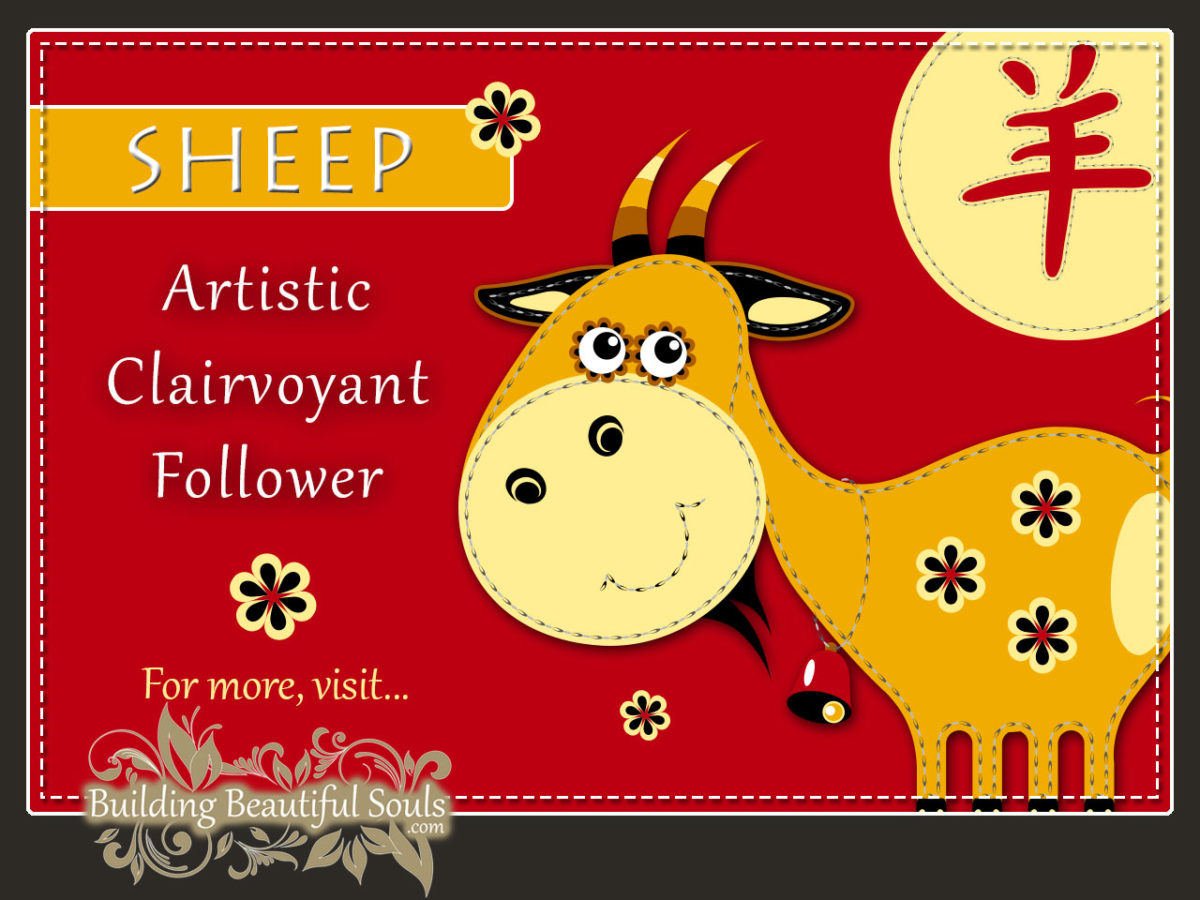 Gettin’ wild and woolly in The Year of the Sheep

We’re dyed in the wool lovers of puns.

A wolf in sheep’s clothing?

If ewe were born in The Year of the Sheep your creativity is shear genius.

Your artistic ability brings you many friends. This is a good thing considering how insecure and sheepish you can be.

Though you are a visionary, you tend have some pretty terrifying emotional stampedes over the smallest things.

Things are not that bleat, uh, bleak and nothing is ever that bah-a-ad. Yes. We used this one twice because it’s so much fun to say ‘bah-a-ad’ out loud. Go ahead. You know you wanna’.

Year of the Sheep Table of Contents

Of the personalities of the Chinese New Year animals, Sheep make some of the most excellent astrologers or fortune tellers. They are dyed in the wool lovers of all things esoteric and mystical. Their artistic sensitivity makes it easy for them to receive messages from Spirit.

Never one to enjoy confrontation and always worried what others will think, the Chinese zodiac sign of the Sheep will out and out pull the wool over someone’s eyes rather than take a stand for what they believe if it is not the popular opinion.

Further, Sheep are completely obsessed with their appearance and tend to be followers rather than leaders.

For these reasons, many stage moms and sorority girls are Sheep.

A little known fact is that the children’s nursery rhyme Mary Had a Little Lamb actually started out as the official sorority chant of the Lambduhs. The line “…everywhere that Mary went her lamb was sure to go…” was all about pledge week.

Legend has it that one semester a big sister named Mary took initiations too far when she denied the newbies Mani-Pedi’s and Starbucks for the entirety of Greek Week.

Well, when Mary realized what a mistake she’d made, she compounded the problem by demanding silence of the lambs.

However, one pledge by the name of Shari – who, apparently, was the black sheep of the group and a fantastic ventriloquist – swore she wasn’t takin’ that kind of fleecing from anybody with such a bad dye job.

So she retaliated by spreading a rumor that the cloven-hoofed Mary had actually come to college to learn.

Then Shari followed Mary around school one day and, using her ventriloquism, made it seem as if Mary was randomly blurting out things like, “I don’t give it up on the first date” and “I’ll never get a boob job”.

Since nobody’s rep could stand a hit like that the offending sister took it on the lamb and was never seen or heard from again – perhaps never realizing she’d merely been Shari’s puppet.

Year of the Sheep Love Compatibility

In romance the Chinese Sheep can be a bit bossy and may not always contribute to the same degree as their partner, but the their sensitive, caring and sweet nature makes them very hard creatures to resist.

They may not pick up after themselves but you may count on them to jump over a fence in a second and get you that second cup of coffee you’ve been thinking about. A Sheep’s psychic nature makes it easy for them to predict what you want, when you want it and how you want it. And their giving hearts will not allow them to rest until they have served your needs.

On the Chinese zodiac calendar, Sheep years are all about that which is for the greater good. Awareness of humanity as a whole is achieved during this year. Charity groups see an increase in contributions. Anything related to the arts will absolutely thrive during this time.

Sheep symbolism is that of the feminine divine. They symbolize all qualities most thought of as female and stand as one of the most prominent symbols of creativity in the arts.

Always remember Sheep, there is only one of you. You are unique, special and the original. Have courage. Stand your ground. Though many may try, you cannot be cloned.

And if they don’t like it, they can just take their Dolly and go home.