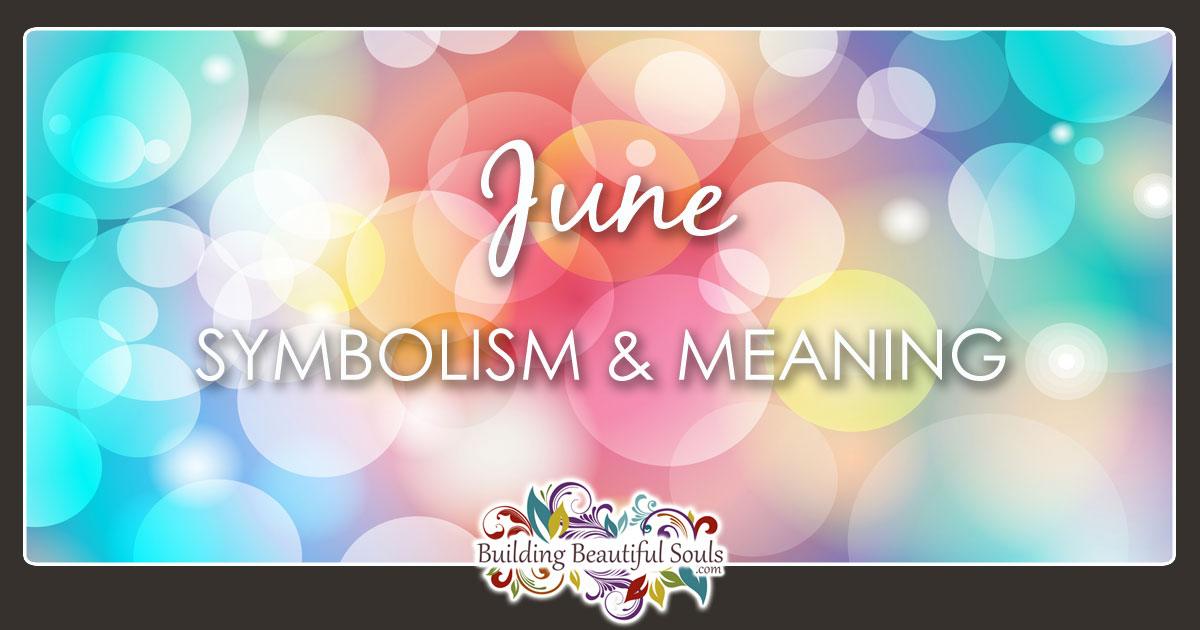 June, the 6th month of the year, radiates with sunshine and positive outlooks. It is the undisputed month for wedding ceremonies. Perhaps this is because June gets its name from a Roman Goddess, Juno. She is not only the wife of Jupiter but she watches over marriages. This connection did not occur until around the 17th century. Juno’s counterpart in Greece was Hera who literally oversees the city of Rome proper while also governing childbirth and blessing marriages.

As an odd aside, Romans felt that marriage should take place after mid-June for best success. Ovid shared his account of meeting the High Priestess of Jupiter in order to set an auspicious date for his daughter’s nuptials. Her reply was to wait until after June 15th.

Throughout the month of June you can view the Arietids Meteor Shower with best viewing on June 7. There is also the Beta Taurids beginning on June 5 and lasting well into July and the June Bootids that has a short moment on the night’s sky center stage from June 26 until July 2nd.

We can perhaps best understand the energies of June by looking to the Goddess for which this month was names. Juno appears warlike in various artistic renderings, implying she is ready and able to forcibly protect those things about which she governs.

Juno’s name means rejuvenate. This designation sometimes tied her to the new to waxing moon cycle. He name also means “to aid”. Overall Juno’s attributes include energy, youthfulness and creative power. In a amusing aside, Juno is said to have been a bit of a nag to her husband, scolding him like a child.

There were various epithets for Juno, each of which provide us with insights into this Goddesses’ diversity. Three epithets stand out. First is Juno Sospita who protects those awaiting childbirth. Second is Juno Lucina (meaning light). When laboring women came to pray at her temples they untied any knot in their garments to speed delivery. Finally we have Juno Moneta who safeguards Rome’s coffers. It was in her temple that Roman coins were minted for more than four centuries.

In looking at this Goddess, we can see that the month of June is positive for improving relationships (not only by weddings but also through vow renewals etc.). For those wishing to conceive, now is the time to give it the old college try!

Another feature that shapes June is the celebration of Litha, the Summer Solstice taking place around June 20th. This is a festival replete with sexual symbolism and burning passions. Just as the sun warms, so do human hearts.

Litha is the longest day of the year. In Pagan mythology, this is when the Oak King gives over his rein to his brother, the Holly King who will oversee the descent of the sun until Yule. Fires were a common way of celebrating this event. The ashes from herbs tossed into Litha fires bless animals, fields and home. This is the best time of they year for harvesting magical herbs so they have full potency.

Pearls come in many colors including pink, blue, black and gold. Jewelers weigh these by the grain with four grains equaling a carat. Pearls form in both salt water and fresh water through out the world from Ireland to Japan.

Pearl represents wisdom gained over time. Given as a gift it improves loving feelings and overall health physically and emotionally. When the Pearl forms layers upon layers of material build up. These layers give the Pearl its glistening appearance. The layers are also what imbues Pearl with an air of mystery.

Light Workers value the Pearl because it balances a person’s aura, providing grounding even in the most chaotic of environments. This makes it a great sacred stone for those prone to wool gathering and flights of fancy. Additionally Pearl symbolizes commitment, faithfulness and love, including self love which many overlook.

In the crystal healer’s kit, Pearl was used for lung conditions as well as liver and kidney functions. It was used as a laxative, a treatment for indigestion and a skin toner. Wearing it is said to attract money and good luck, ease headaches and improves romantic possibilities.

Alexandrite is a lovely June birthstone whose color shifts depending on the lighting. In the history of gemstones, this one is relatively young having been discovered in the 19th century. It derives its name from Prince Alexander II because it was found on his birthday. At first the miners thought they’d found emeralds, but the red coloring belayed something new. 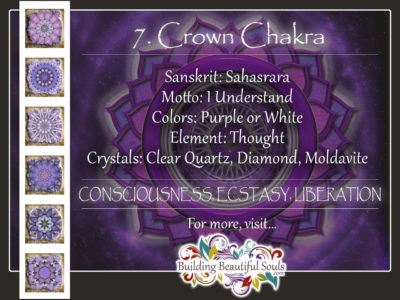 Alexandrite improves a person’s fortune. It balances our head and hearts, our spiritual realities with the mundane. Wearing it opens the Crown Chakra so that we can trust our intuition and tap into the Higher Powers more readily for guidance.

For brooding types, Alexandrite renews joy and a sense of true purpose. It’s filled with hope, strength and awareness. In terms of healing, Alexandrite is recommended for people dealing with long-term issues. The energy from the stone helps sustain the vital life force, particularly when an ill person is weary. It is a mature sacred stone that moderates our emotions and guides metaphysical development. 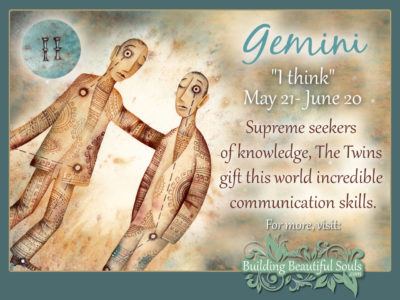 June begins in the Zodiac sign of Gemini (the twins) which remains in play until the 22nd. June’s Gemini energy is playful, sill, harmonious and very active. People tend to be “up and going” during the Gemini cycle. Use your magic for tapping into Gemini’s creativity, versatility, artistic aptitude and mental prowess. If you are a Leo or Aries you will find this time of the month very welcoming. A neat factoid: NASA’s Project Gemini was named thus because the spacecraft only held two astronauts. 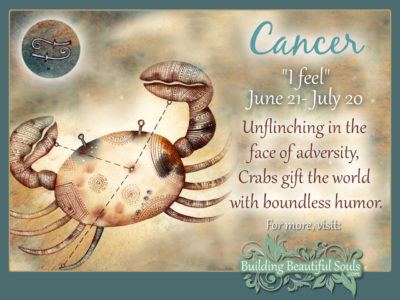 The end of the month belongs to Cancer (the Crab). Cancer resonates with the Water element, energy focused on family, foundations, community, emotional clarity and hearth and home. That makes this period in June ideal for family gatherings for special events or just for a jaunt into the woods for a picnic.

Cancer is also a sensual, sensitive sign. People born during this time are spiritual and deal with daily life through gut instinct and intuition.

There are any number of Holidays you can celebrate on any day in June. June is home to the Great Outdoors Month, National Smile Month (UK), and PTSD Awareness month. For celebrations that change dates slightly there is the First Friday in June for Bahamas’ Labor Day, the First Sunday in June – Childrens’ Day, First Wednesday – Global Running Day and the third week in June is Bicycle Week in the UK and Ireland. There is also Flip Flop day on the third Friday, Father’s Day on the third Sunday, Take your Dog to work Day on the Friday following the third Sunday and Log Cabin Day in Michigan on the last Sunday. 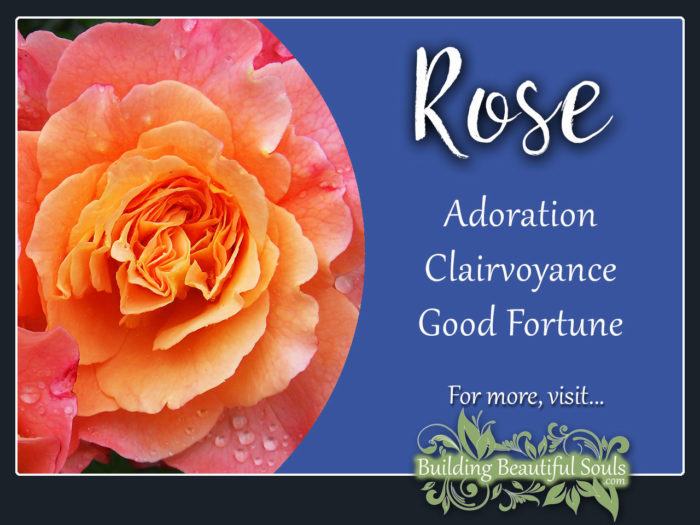 June’s reigning flower is indisputably the Rose. Greeks tell us that the Goddess of flowers created this marvelous bloom. She took a lifeless nymph and made it into a flower. Aphrodite gave the blossom beauty while Dionysus gave it a sweet scent.

Known as the Queen of Flowers, Roses have the greatest number of applications both mundanely and magically vs. other blossoms. The Rose is sacred to Eros and Aphrodite. Dabbing rosewater on your clothes provides protection. It’s customary to add rose petals to amulets that safeguard the bearer from the evil eye.

Rose is a prevalent component to love rituals, spells and incense. Made into beads, rose bring good fortune, particularly in relationships. The sign of Taurus and the planet Venus govern Rose, its element is Water and the petals are edible. Use them in tea, salads, jam making or even on a Victorian style finger sandwich. 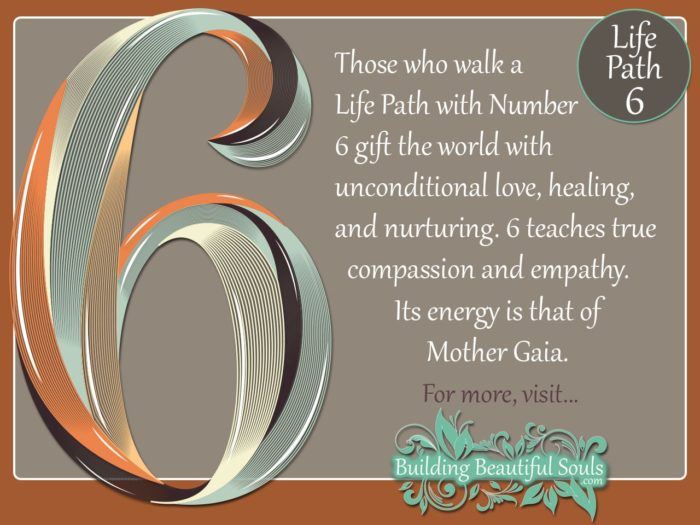 In numerology the sacred number 6 is a complete number representing beauty and mindful living. Pythagoras spoke of Six as a perfect number. Math tells us a perfect number is when all the divisors add up to that number (leaving out the number itself). Such numbers aren’t common, but include 28 and 496.

Six is ruled by both Venus and Uranus. In the Higher Arcana of the Tarot it is the card of Lovers. Six promotes responsibility, safety, healing, truthfulness, curiosity, empathy and grace, just to name a few attributes. When you want to free yourself from too much dependence on worldly things, consider timing the effort during the waning moon of June.

6 relates to the Mother aspect of the Sacred Feminine. There is deep nurturing energy here. The power of service, love and caring that asks nothing in return is the Gift of the number 6. People whose birth number is 6 are providers who seek harmony for those they love. There is no question of right and wrong in this individual. Trust them to speak plainly and honestly. 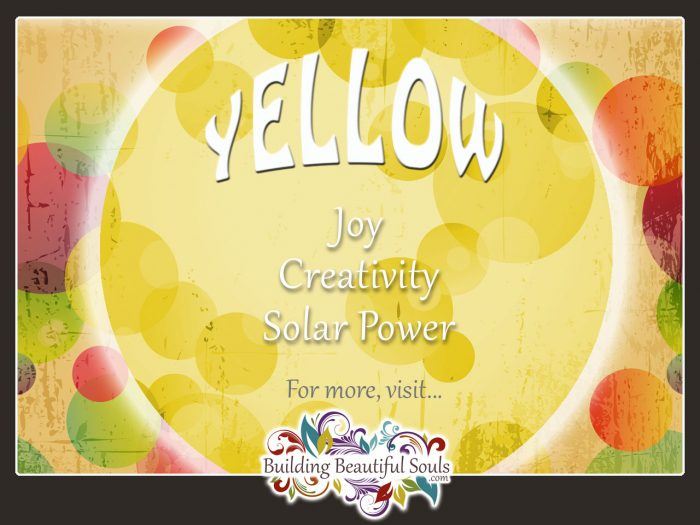 June colors tie to the Zodiac signs of this month. Gemini is yellow (similarly to May’s corresponding color) being upbeat, hopeful and optimistic. Yellow is welcoming – it draws people in and amplifies communicative abilities. Bright yellow grabs our attention easily. Perhaps that is why on stop lights yellow means caution.

Yellow appeals to children, but needs to be metered. Overusing Yellow around kids tends to create distraction and challenging behaviors. However, when used wisely it improves self-esteem and bolsters courage. Among sacred stones, practitioners use Yellow crystals to make clear decisions and decrease anxiety (ever hear the phrase “mellow yellow”?).

Silver is a metallic hue that speaks of wealth and sophistication. Even so, Silver is not “dull” – there is a playful, tender element to it. Silver represents our inner world. It’s a color you can use to really understand yourself. It’s a favorite color for psychics and mystics who feel it raises intuitive energy. When you want to communicate effectively, wear something silver (become that “silver tongued devil”).

One of the symbols for June is an insect – the Cicada. This is the time of year when they mate while singing a mating song. Cicada’s love the heat and generally live and work as groups in the wild. In cooler weather, Cicada sleeps beneath tree roots waiting for just the right time to awaken. This timing is a matter of instinct, one that knows exactly when they can produce the most offspring.

As a Totem or Animal Guide, Cicada definitely bears a message about using our expressions in the most positive manner. When you are with others, look to sing harmoniously rather than doing a solo. Cicada also tells us that you need to focus on matters of the heart. Have you grown cold and distant? Cicada comes to warm things up and motivate your passions anew.

The Full Moon in June goes by several names. There is Full Rose Moon alluding to the beautiful blossoms being at their peak. Or Honey Moon, named after a sweet fermented drink given to newlyweds for their wedding night. Additional designations include Flower Moon and Summer Heat Moon.

An interesting fact about the full moon in June of 2017 was that it is a mini-moon. This means the moon has reached a point where its farthest from the earth. From the human vantage point the Mon appears smaller and less bright than other full moons. In 2018 this manifests in July and mid-September 2020.

“A cold in the head in June is an immoral thing.” ~ L.M. Montgomery

“I know well that the June rains just falls.” ~ Onitsura

“If a June night could talk, it would probably boost it invented romance”. ~ Bernard Williams

“June is the gateway to summer.” ~ Jean Hersey

“It is the month of June, the month of leaves and roses, when pleasant sights salute the eyes and pleasant scents the noses.” ~ Nathaniel Parker Willis