At first glance, the question of “What are tarot cards” or “How tarot cards work” might seem like a ‘Duh, really?’

Simply defined, tarot cards are decks of cards with pictures, symbols, words and numbers printed or painted on them. In theory, ‘they’ (the tarot cards) are supposed to be able to tell the story of the past, give clarity and insight into the present, and predict the future.

What Are Tarot Cards

Though tarot history is filled with mystery and intrigue regarding the origins and original usage of the cards, today tarot is primarily used for divination, fortune telling, spiritual coaching and making future predictions.

Each tarot deck comes with a guidebook that gives the tarot meanings of each card. The general idea is that the archetypal imagery and symbolism on and position of the cards (tarot spreads) “tells” the tarot card reader a story about the person receiving the reading (sometimes called the client or sitter). Insight into the client’s personal and professional life is “seen” by the tarot reader who, then, offers guidance.

OK, here’s where answering the questions of “what are tarot cards” and “How tarot cards work” gets tricky… 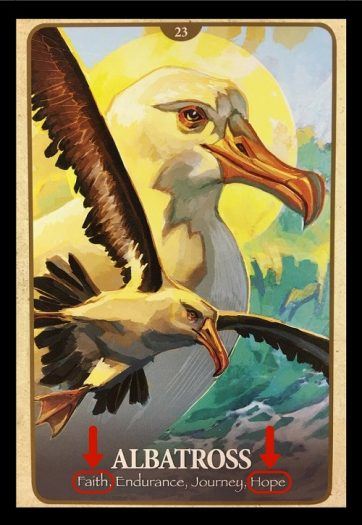 So let’s say that a reader delivers a tarot card reading wherein the accuracy of the information given is mind blowing. As an example, let’s use the real world example of the twins Faith & Hope.

Long story short – I was reading tarot for a young lady named ‘Hope’ when a card from the tarot deck I was using simply came flying out of the deck while I was shuffling it. Not only did the card have her name on it, but it had the name of her twin sister who had passed away – ‘Faith’. You can read their story in my “Real Psychic Experiences” Series.

Now, I’ve been reading tarot for a couple of decades. And, though thousands of mystical, magical events can occur during psychic and tarot readings, Faith and Hope’s story is one of the more powerful I’ve ever experienced.

Through over 25K psychic and tarot readings, I’m still have no 100% provable answers for ‘what are tarot cards’ and ‘How tarot cards work’.

I continually seek answer to the following questions:

What are tarot cards, then? Are they power packed little packages of prophecy or are they just piles of pulverized pulp covered in pretty pigmentation?

How does tarot work? Is it the cards, the reader or both which hold answers to the eternal questions of does he love me, is she cheating on me, will I get the job, etc.?

For those who must have a definitive answer, pretend you never read this article.

For those who embrace the inconclusive, each of the above mentioned hypotheses (and more) can certainly be true.

For all: most of life’s questions don’t have just one answer. If they did, there would be no need for a tarot reading. 😉

Do you have ideas and opinions that might answer the questions “What are tarot cards” and “How tarot cards work”? We’d love for you to post in the comments below!