Whether you’re just starting the psychic development journey or are a seasoned professional with more finely tuned and trained psychic abilities, you can use the following practical tips to catapult your Spidey Senses to the next level.

To begin, let’s look at a phrase that was coined by English teacher Nell Scharff Panero – “progressive mastery through deliberate practice”. It’s kind of a fancy way of saying ‘going back to basics’ but the growth and success rate (progressive mastery) for her students who engaged in ‘deliberate practice’ is astounding. Their aptitude and scores for writing skyrocketed.

Due to the results of that study, Ms. Panero is now the director of the Center for Educational Leadership at Baruch College, part of City University of New York (CUNY).

Now, we’ve all hear the old adage ‘practice makes perfect’. But that’s not true. Mindless, rote actions simply for the sake of practicing do not a master make. However, practice which is purposeful and systematic, practice which requires focused attention and is conducted with the specific goal of improving performance – that’s how to get results.

Psychologist K. Anders Ericsson, a professor of Psychology at Florida State University, has been a pioneer in researching deliberate practice and what it means. According to Ericsson:

I bring up ‘deliberate practice’ because far too often I’m asked by psychic development students if I think they have ‘the gift’. And way, WAY too often I observe other intuitive lightworkers refer to their psychic abilities as ‘gifts’. While some of us are born more attuned or sensitive based on zodiac sign, ancestry, sacred contract, life path number, etc. ALL of us can use ‘deliberate practice’ to create powerful psychic growth.

OK now before you roll your eyes and are all like, “I read this far just to find out she’s going to suggest meditating? Well, duh. Of course I know I have to meditate!”

Yeah. I bet you DO know you should meditate. I’ve yet to meet a psychic or psychic medium who hasn’t said, “I know I should be meditating more”.

But do you know WHY you should meditate?

Briefly, more experienced meditators can easily achieve Theta state. This puts your brainwave frequency range between 5 and 8 cycles per second (normally). In this state, time and space cease to exist. While in Theta state, it’s far easier to flit about in the Akashic Records, the etheric, the Universe, et al.

Further, Theta state put you right in the sweet spot of the earth’s vibrational pulse or resonance – 7.83Hz. The earth’s pulse was discovered in 1953, Professor W.O. Schumann of the University of Munich. This means that meditation can put you into near perfect resonance with the earth’s pulse thus heightening your psychic abilities – especially for Shamanic practitioners.

Finally, meditation triggers activity in the pre-frontal cortex of the brain. This is the general area of the Pineal Gland or our Third Eye. Neuroimaging confirms that meditators actually shrink their Amygdala (over time). The Amygdala is the seat of our ‘fight or flight’ response.

Reduction in Amygdala size causes a reduction of the ‘fight or flight’ response. This reduction call help significantly reduce or alleviate the ego’s fear of being wrong.

In my experience, the fear of being wrong is the number one psychic development inhibitor. When we’re not afraid of being wrong “we” can step aside and allow Spirit to send divine messages through us.

Which leads me to the next tip…

Don’t Be Afraid to Be ‘Wrong’ 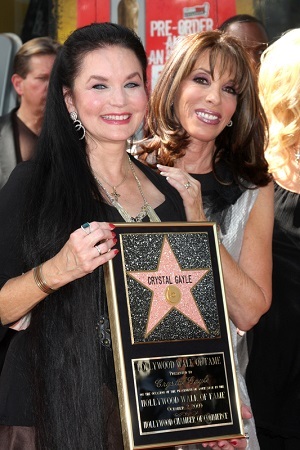 During class, I was unexpectedly called on to do a demonstration.

Now, I’d never done platform mediumship before but do take great care and go to great lengths to deliver highly specific evidence to my clients. I figured ‘reading’ for the other students in class would be just like a one-on-one reading.

Coming through was a slender, Caucasian woman with long dark hair. Like, Country singer Crystal Gayle long. I asked who could receive the evidence. A couple hands tentatively started to creep up.

Then I said, “She’s telling me that either she or you identify as a Hedge Witch”. A Hedge Witch is a ‘green witch’ – a witch who works with the sacred energy and medicine of plants and herbs. Well, honey, you never saw hands go down so fast! LOL The proverbial great hush fell over the crowd and 40 sets of eyes just stared at me. I delivered a few other pieces of evidence but no takers.

I saw a couple sideways glances and sneers in the group. During lunch that day some folks had asked me about my experience and told them the truth. I’ve been a professional psychic medium for almost 20 years. Clearly they expected an episode of The Hollywood or New York Medium when I ‘took the stage’.

These ‘lightworkers’ couldn’t wait to rip apart my ‘performance’. They were positively giddy to watch a peer ‘crash and burn’. And, they didn’t even wait till my back was turned – they did it right in front of me. LOL

However, I didn’t let it bother me ONE BIT. Seriously, not one. Why? Because I am a professional psychic medium for one reason and one reason only – to serve. I TRUSTED that Spirit would deliver messages through me because everyone in that room wanted to hear from the people and pets they love. Yes. I was there to learn but I’m ALWAYS here to SERVE.

The next day, a gal came up to me and apologized. She had not claimed the information from (who turned out to be) her grandmother. She didn’t want anyone there to know she identified as a witch so she left me hanging out to dry in front of the class.

But, her actions didn’t cause me to feel badly for myself. I told her that I was sad she missed out on messages from her beloved witchy-poo granny.

So, not being afraid to be wrong can put your psychic development on the fast track. That said, there’s another fear you have to move past as well. The fear of trusting…

Trust Spirit – It knows your clients better than you do.

A recent psychic reading left both the client and I wide-eyed and roaring with laughter! 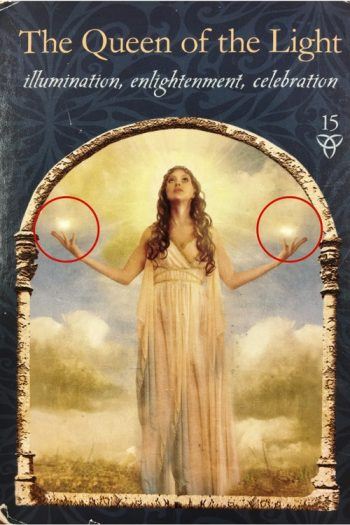 This client is a Theraputic Massage for Equines professional. In her reading, when I kept insisting that Spirit was telling me she was also supposed to be working with humans – perhaps as a Reiki practitioner – she groused. She just really didn’t WANT to receive that message.

So, I asked what her hesitation was regarding working as a human healer. And, as I often do, I just ‘mindlessly’ shuffled my tarot/oracle cards. Almost the minute she started talking, a card came flipping out of the deck. It was from Colette Baron-Reid’s Wisdom of the Hidden Realms Oracle Card deck.

And, almost AS immediately my clients says, “…well I AM a Reiki master and I DID work on humans and apparently I was really, REALLY good at it because my Reiki Master called me ‘Bright Hands’.

I said, “Take a look at the card sitting in front of you.”

I pointed to the hands of the woman depicted in the card – The Queen of Light.

Her eyes got big as saucers and we both howled with laughter!

Have I said lately how awesome being a psychic medium is?

Be a Vessel AND a Detective

In a meditation prior to a psychic reading, Squirrels scurried around my awareness. So, I pulled a card from Chip Richards’ oracle deck, The Secret Language of Animals. Lo and behold, it was the Squirrel card! 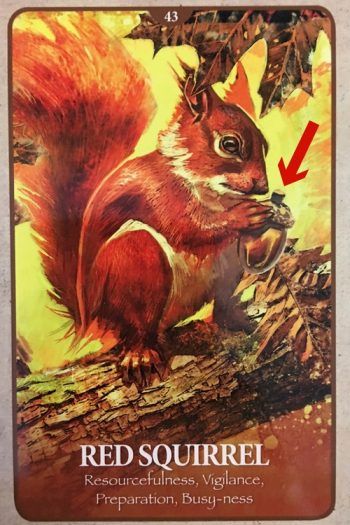 At the outset of the reading I asked the client if she Squirrels were her Spirit, Totem, or Power Animal. She said she wasn’t ‘into’ Spirit Animals but even if she were, Chipmunks and Squirrels did not hold any special meaning for her or anyone who crossed over.

But Spirit persisted with the messages so I stayed on it.

I said, “I’m being drawn to the one of the most important parts of Squirrel symbolism which is all about food. These critters spend the vast majority of their lives hunting for, gathering and storing food. But, their relationship with food is not what it appears to be. In attempt to hide their food caches from competing critters, they often times act like they’re burying food but the cache is actually empty. Months later when the Squirrels need the food they’ve , well, squirreled away, they forget which caches are full and which are the fake ones. So, they only harvest about 25% of the real food that they saved up for the winter. Thus, Squirrel symbolism is about having a ‘false relationship’ with food. So, what’s YOUR relationship with food?”

The client responded in as a monotone a voice as I’ve ever heard, “I’m a food counselor for the WIC program and since I was very young I’ve been in recovery for an eating disorder.”

She was absolutely floored.

For me, I silently said to Spirit, “Oh. You think you’re clever do you?” The Universe winked and responded, “I got skillz.” 😉

Use the SMART Psychic Development Method

If you’ve ever been in a management position, you might have heard the term “SMART Goals”. I created SMART Psychic Development. It’s a thing. 😉 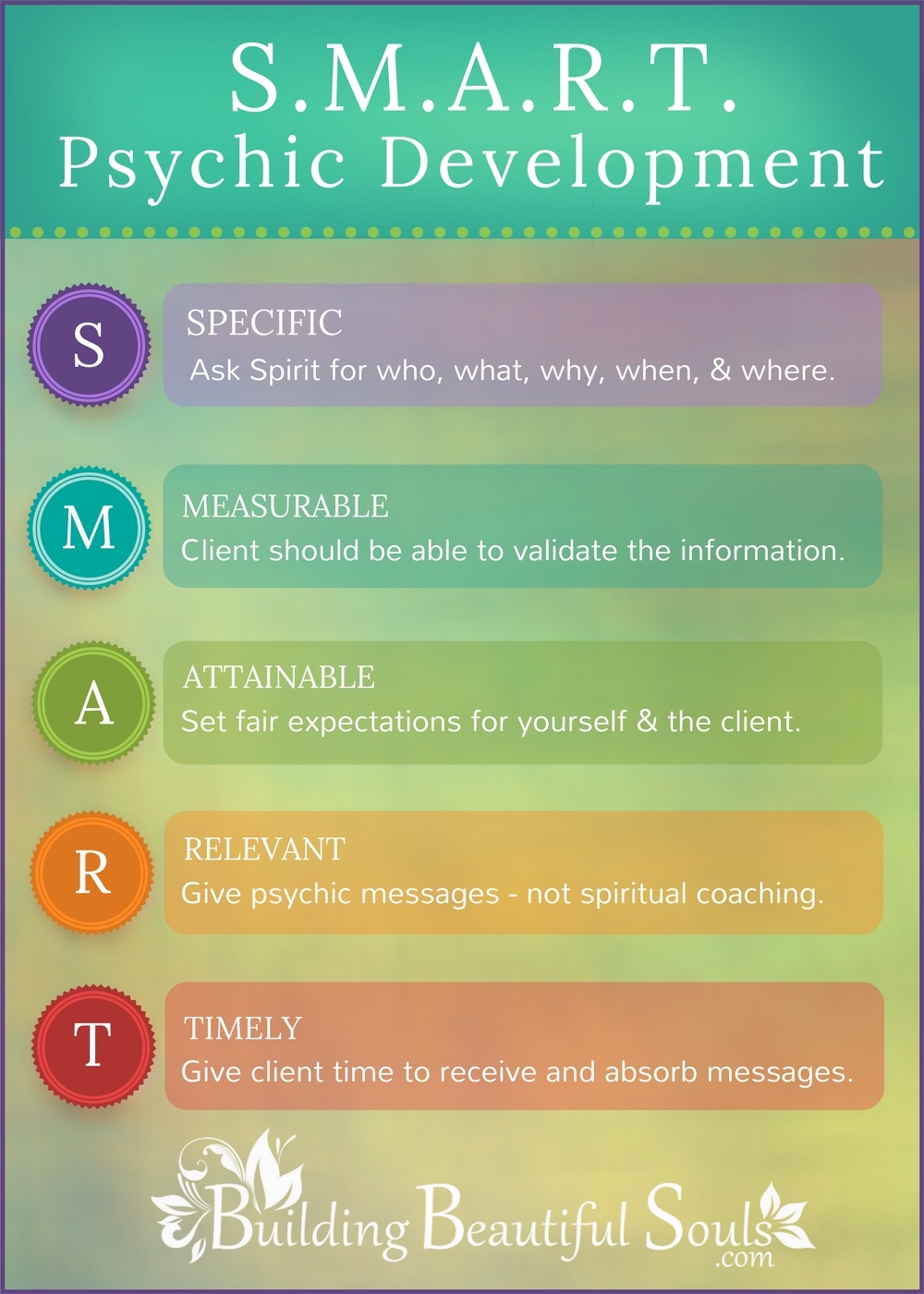 This world needs as many authentic lightworkers as it can get. If you believe you’re being called to be a psychic, medium, tarot reader, Reiki or Crystal healer, etc. answer your soul’s calling. With Spirit, you can co-create a better world. I believe in you and Spirit always has your back!