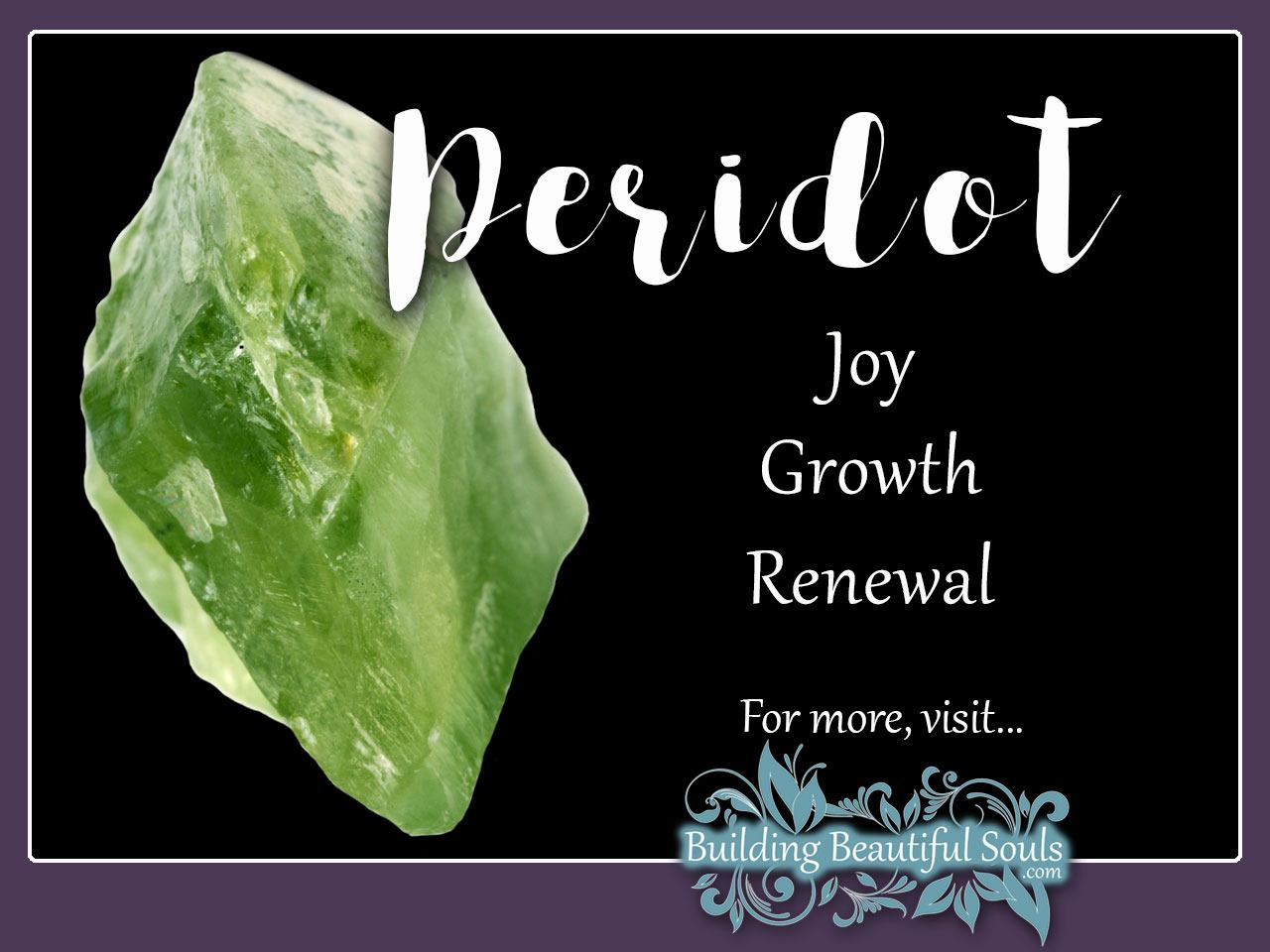 We bet it’s nearly impossible to see a a Peridot and not smile.

No matter the size, Peridot emits so much warmth, so much positive energy that it would compel Eeyore to break out in a chorus of Pharrell Williams’ Happy.

Governed by both the Solar Plexus and Heart Chakras, Peridot unites their energies.

In this, Peridot alternately gives heart energy to our will and, at the same time, infuses the strength we need to act on our heart’s deepest desires.

Peridot bore many names throughout history including Gem of the Sun, Evening Emerald, Olivine, Topaz and Chrysolite. Metaphysically its properties are even more diverse than its names. From love to protection and healing the beautiful green of this stone shines with vision. When you want to think globally or even galactically, Peridot is a great ally.

In matters of the heart, Peridot isn’t the shy, retiring type. Rather, this mystical crystal nurtures relationships with wisdom and understanding. Those experiencing heartache can use Peridot like a tonic to begin the healing process. Rather than cling to misunderstanding and useless baggage, this healing stone’s message is “invest or walk away”, wobbling on the fence doesn’t help anyone.

The healing crystal of Peridot was discovered on a little island in Egypt some four thousand years ago where it was worn as a talisman that protected High Priests from any of the Pharaoh’s ire. They also used cups fashioned from Peridot in honor of the Goddess Isis, who governed all of nature but particularly the Nile that was the source of Egypt’s rich riverbank farmlands.

Perhaps this is when it began being associated with the Earth element (that and the spring green coloration).

When discovered by Crusaders, they brought this stone treasure to Europe. Here it became so popular that Bishops’ rings are made from it, representing moral standards and purity. Romans carried it to shake of depression.

Hawaiians felt that Peridot formed from Pele’s tears. One would do well, however, not to gather Peridot in Pele’s lands as she is a very tempestuous mistress.

In nature Peridot grows as a hexagon. In Sacred Geometry the hexagon represents balance, positivity and resolution. The hex appears again and again in nature from flowers to honeycombs. So again, we find the Peridot spirit having strong ties to Gaia and the patterns of creation itself. A hexagon has six sides, as does the Star of David and Seal of Solomon.

No matter the form, Peridot draws on that geometric spiritual key for good fortune, Yin-Yang balance and all the senses with the 6th representing our mind and wisdom. Is it any wonder that Light workers turn to Peridot for manifestation and drawing communities together?

A curious belief about Peridot gives us further meaning and symbolism. It is said that Peridot glows from the inside at night. In fact, miners believed this so much that they often worked in the dark. That inner light from this metaphysical gem relates to our own spirit that can shine out from the darkness and guide our soul.

When you find yourself inundated with the mundane, Peridot is happy to shake things up a bit, and usually in unexpected ways.

This sacred stone won’t abide spiteful intentions or unjust rage either. If Peridot had a mantra it would be: “mean people suck.” Wear or carry it frequently so that individuals with negative auras steer clear.

As it works that bit of magic it also has a secret agenda – making you feel better about yourself so you’re not drawn into unhealthy situations and co-dependency.

One more symbolic meaning for you to ponder with this healing crystal – it’s linked to both the sun and the moon, so Peridot bridges the gap between the conscious and sub-conscious as well as the Higher Self and even Divine realms. As such it is a good meditative tool.

The shape of the stone may alter the sacred energies slightly, so do a little research into Sacred Geometry to get further meaning into suitable applications.

Color: All shades of green from almost white to black

Peridot is a unique gem in that it only comes in the color green. This didn’t seem to figure much into etymology.

One of the possible derivations is a Greek word “faridat” that simply means gem (sometimes the ancients weren’t very poetic).

The Hebrew word Pitdah in Exodus may have been translated into Greek as Topazion, which many feel is Peridot. This means that this healing crystal may have been part of the High Priest’s breastplate with 11 other sacred stones.

It wasn’t until the Crusades that the word Pederote appeared in a French Lapidary, which some also believe may have finally given Peridot its current name.