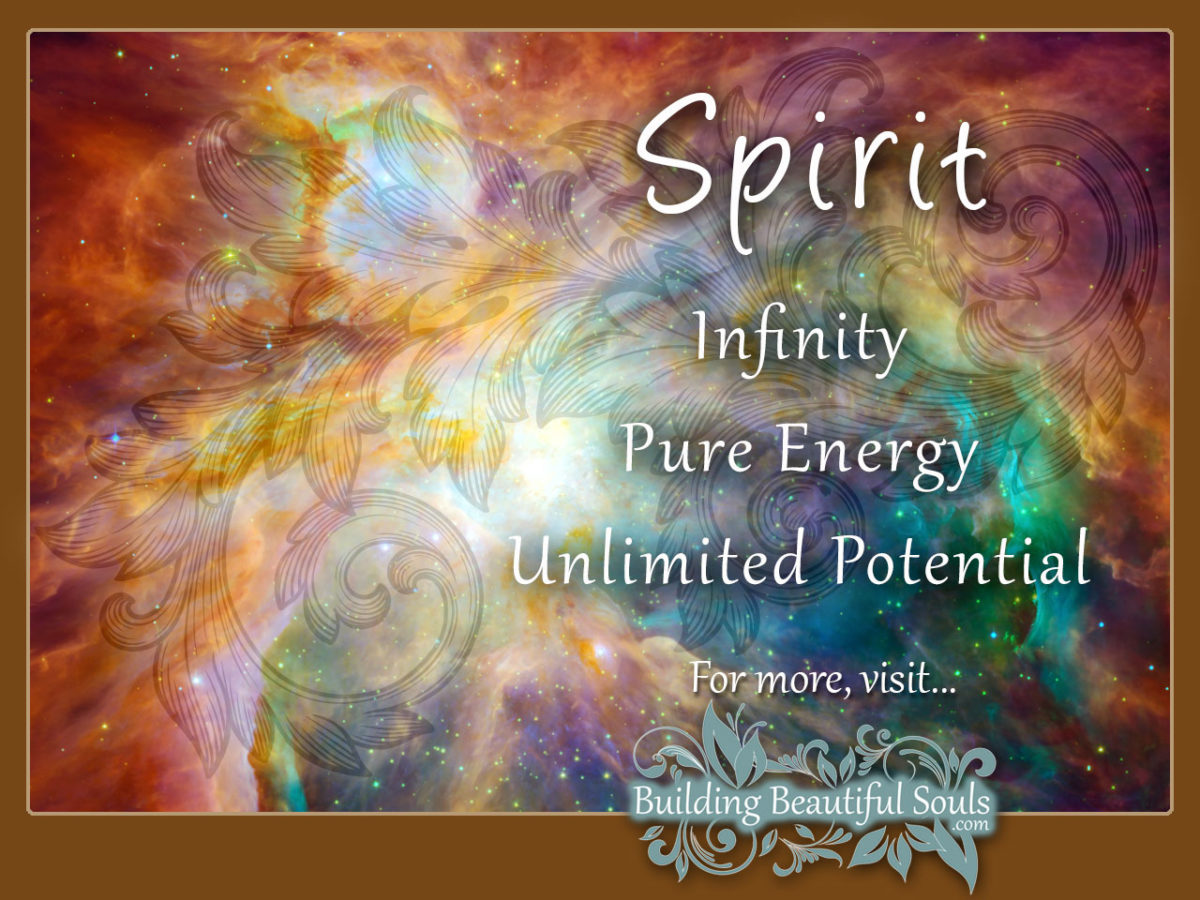 Element of Spirit Table of Contents

The Element of Aether or Spirit is the celestial energy that fills all spaces.

The Greeks saw it as being higher than the Earth Plane, and also felt that Ether played a role in well-known phenomena like gravity.

In Metaphysical tradition, the concept of Spirit goes much further. It is, in effect, the Monad – the center of the sacred space, the mandala of the Universe and beyond.

In the patterns of the cosmos Aether is the elusive 5th element that had circular motion vs. fixed Elementals that moved in lines. Effectively, the Spirit Element does not follow any particular rule of energy, but rather it IS the rule. It is the glue of the Gods.

Alchemists knew the Fifth Element at Quintessence. Students of alchemy hoped to isolate this heavenly element and add it to medicine, feeling it was pure and a panacea.

Eventually alchemists created this quintessence by distilling alcohol 7 times into an elixir.

This idea faded over time, being replaced by Einstein’s observation that aether occupies the space between all objects.

While he could not describe the physical property of this element, this idea contributed to the concept of relativity, wave theory and more modernly “dark matter.”

The basic symbolic values of the Spirit or Aether Element in magic include transmutation, alchemical processes, Divine intervention, the eternal nature, and energy in motion.

Aether doesn’t really have a physical presence so it’s hard to nail down specific correspondences let alone embrace a global view of its importance in our spiritual lives.

Perhaps that is why a spiral is one of the symbols used for Spirit – you can easily imagine the outward circles continuing into forever.

Light Workers tell us that Aether acts as a bridge between Earth/Body and Heaven/Spirit. Within our own body, it’s the conduit between our soul and our bodies. There are even theories that God used this element as the essence that created everything on all the Planes.

Where the traditional four elements have fixed locations on the Wheel of Life, Spirit is the surprise factor. It provides dynamics, a spark and another level of awareness.

Depending on your philosophy, all living things have Aether to some degree – that indescribable “something” that connects us to a larger picture including those Beings that exist just outside normal awareness.

It has been said that not everything in life is as simple as Black and White. Nonetheless, Black and White are two colors often associated with Spirit or Aether and, typically, these Colors are together.

Alternatively a Rainbow that embraces all colors even as Spirit embodies all things makes a suitable representation of this Element in the sacred space.

Ethereal beings and forces reside in a different space than humankind and it is often difficult for us to understand their purposes and motivations – that includes the Divine. The Earth plane limits us somewhat since we have (obviously) not transcended the need for incarnation.

Nonetheless, there are times when we are able to reach beyond and touch something greater than ourselves. That is Aether/Spirit.

A good example of this comes from the whirling dervishes. They twirl around making themselves the center of a sacred mandala. The goal is turning with energy until they contact the Divine mind and understand its will. In effect, Aether/Spirit reminds us to get to the point and keep focused on that point as if it were the lighthouse of our souls.

Some of the purposes for which Aether / Spirit are invoked include calling and commanding fetches or other spiritual forces, communing with spirits, working with more than one Elemental force consecutively, Arcane magic like alchemy and mysticism, illusion and energetic manipulation like telekinesis.

Divination & the Element of Spirit / Aether

For anyone who practices divination of any kind (especially psychic, mediumship, and channeling), the Element of Spirit (Aether or Ether) is “the” Element. Where else does any ‘message’ come from but Spirit?

No matter how well we know the sacred symbolism of the Tarot, Astrology, iChing, Runes, Crystals, Numerology and other forms of divination, at the end of the day the messages passed through us come directly from Spirit.

Below are a few forms of divination and how the Spirit Element can be interpreted when utilizing them during a reading.

The Tarot practitioners liken the Element of Spirit/Aether with the Major Arcana of a deck.

The Major or Higher Arcana consists of 21 cards meant to represent the path to deep self-awareness and eventually enlightenment.

Each card of the Major Arcana depicts a fundamental esoteric lesson. While that sounds lofty, all such lessons have a mundane reflection in our daily lives too.

The interpretive value of the cards comes frequently from the Golden Dawn system or Jungian psychology. Even so, metaphysical teachers encourage people new to the Tarot to meditate on them and see what other meanings lie there on a personal level. Just as spirit speaks to you in a unique way, so do the portraits of the Major Arcana.

Spirit or Aether and the Major Arcana both have various messages for our souls, but one theme comes through. Quality learning is rarely fast or without setbacks and struggle. In fact, the obstacles we face act like refining fires in our spiritual quest.

When Major Arcana cards come up frequently in personal readings it typically means that you are not heeding Spirit’s call or guidance. Learn the lesson before you, then take the next step.

Numerology & the Element of Spirit / Aether

Vibrationally, the Element of Spirit or Aether is in alignment with the divine Number 1.

The Number 1 is perfect for Spirit / Aether (the “I am” of the Universe). No matter how you see the Divine, this is the inception point of creation. As a primal force Spirit is the mover-shaker of the universe. Without Aether nothing would exist, and when you find your foundations quaking you can be pretty sure it’s 1 / Spirit sending a wakeup call.

1’s energetic vibration has purpose and mettle. It guides and directs, being sure and steady in its path. It and Spirit pragmatically and justly build the cornerstones for all civilizations and Beings. Both have no place for charlatans – when you work with the Number 1 or Spirit / Aether, being true and real is nothing less than essential.

Philosophically all things could potentially come under the domain of Spirit/Aether. However a few stand out as having more symbolic value.

Animals: The Spider (a weaver) and the Chameleon (a changer)

When Spirit/Aether takes part in your dreamscape you’ll likely find yourself with plenty of information. It’s rare that Spirit weaves mysteries into a message unless those challenges help you on your Path and Quest.

When you’re uncertain as to how to interpret those messages, look to the rest of your dream in our Dream Dictionary for potential insights.


One thought on “The Element of Spirit (Aether, Ether)”