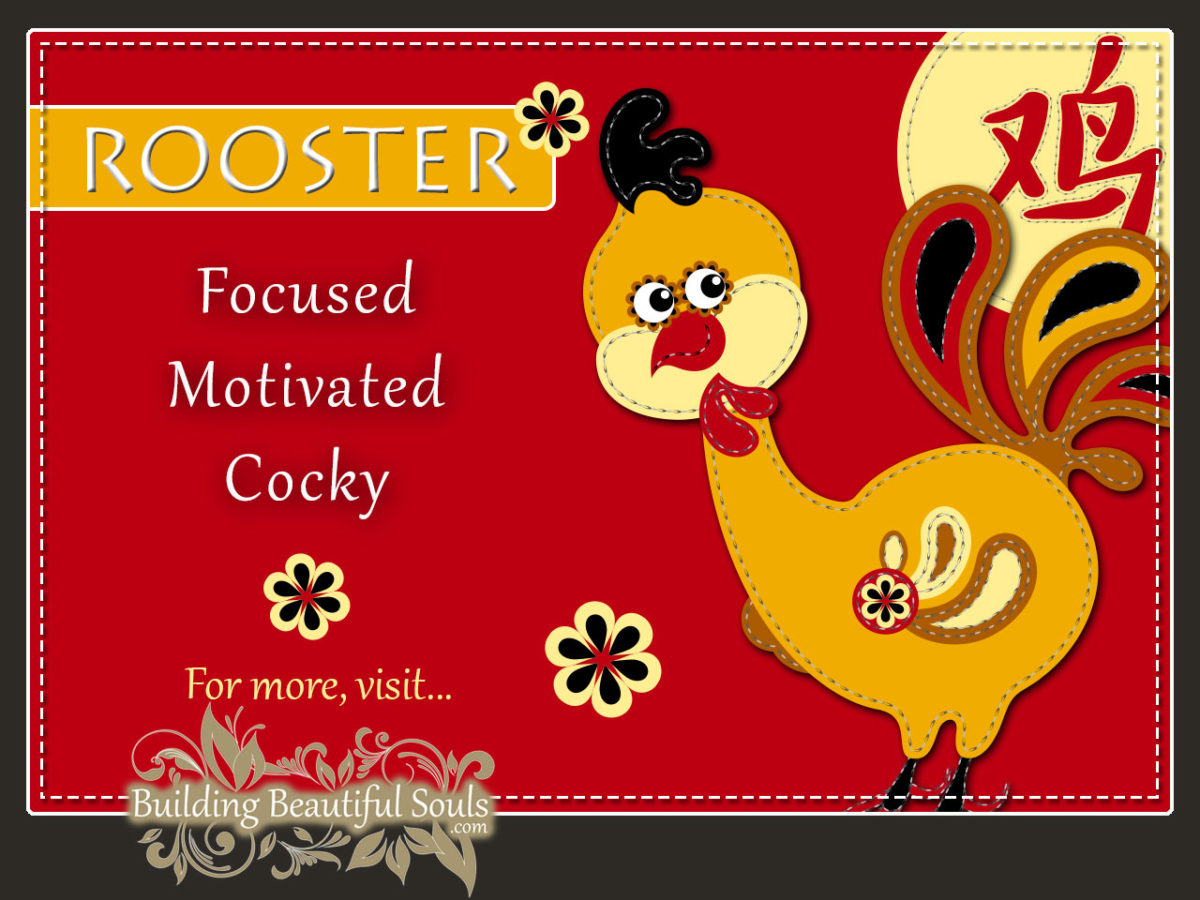 The Year of the Rooster is no joke, son, ah say son

If you’re born under the Chinese zodiac sign of the Rooster – yup – you guessed it – you’ve got something to crow about!

Even if you didn’t, you’d do it anyway!

There certainly isn’t anything little about you! You’re atomic, Rooster! What’s more, you know it – and make sure everyone else does too! How you love to be the center of attention!

Blunt, to the point, motivated and extremely focused you know exactly why you crossed the road.

Year of the Rooster Table of Contents

Not one to fly the coop, of all the personalities of the 12 Chinese zodiac animals, Roosters are among the most loyal. They will stay by your side long after the others have run away screaming, “The sky is falling! The sky is falling!” Very little makes these chicken run. Take good care of Roosters.

Friends such as they are as scarce as hen’s teeth. Of the 12 Chinese zodiac signs, Roosters are one of the more observant. It is not easy to fool a Rooster. Those chickens have eyes like a hawk!

They can smell fowl play a mile away. And they love iambic pentameter.

With super sharp proclivity for details, the Chinese zodiac sign of Rooster makes a fantastic military person, as exemplified by General Jack Pershing.

Now General Jack was no Rooster Cogburn, but we all contribute in our own inimitable ways, and the forty grand old General Jack raised for the war effort wasn’t chicken scratch.

In business, Roosters are usually very successful. But they can be workaholics, so they have to be careful they don’t get crispy-fried. In particular, they like the restaurant business because they make great hosts and love to entertain.

If you’re lucky enough to get an invitation to one of their soirees, you can be sure that you’ll be well fed and the cocktails will be fabulous. A Rooster will throw down a buffet where every morsel is finger lickin’ good!

Additionally, you might want to put on that slinky little black number, because chicken’s love to dance!

They can really beak it – uh – break it down!

When it comes to the supernatural, Roosters are believers.

They know the movie Poultrygeist was no cock n’ bull story.

Though powerhouses in their own right, the Rooster’s personalitiy traits are simple and uncomplicated. They realize life is short. In fact, these practical people are famous for saying things like, “Hey, you’re a Rooster one day, a feather duster the next. Whaddya’ gonna’ do?”

If you have drama goin’ on in your life don’t get your feathers all ruffled. Just relax and remember these wise words:

Year of the Rooster Love Compatibility

In love. chickens can be a little funky.

They’ll dream of their perfect mate for years, but because nobody could ever possibly live up to that dream, Roosters may feel as though they’ll never find their true love.

On the Chinese zodiac calendar, The Year of the Rooster is all about career. These years are when the Rooster’s aggressive and, sometimes, combative nature kicks into high gear. Rest assured that leghorn standing in front of you, challenging you, is no foghorn. He won’t go off half-cocked. His strategy will be well planned.
Interestingly, the most pugilistic chickens always seem to come from Buffalo.

The symbolism of the Chinese Rooster is that of aggressive behavior and keen alertness. The Western Hemisphere honors the Rooster as the trumpeter of the dawning of a new day, whereas in the East, the Rooster symbolizes the early evening hours when the barnyard is settling in for the night.