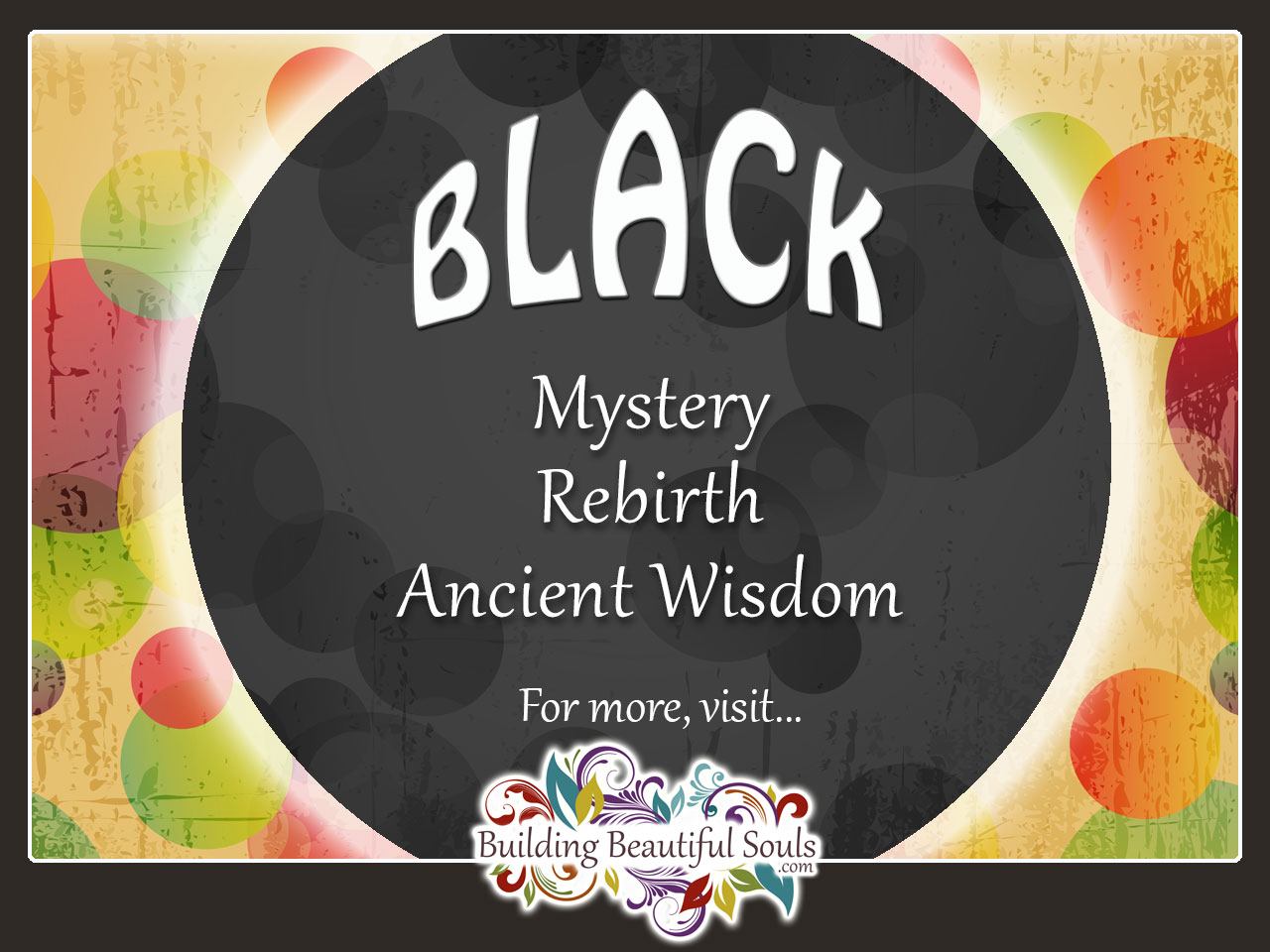 What Does The Color Black Mean

The Color Black does not give away its secrets easily. It is part of the hidden world where ancient mysteries reside. Black as night, Black holes, Black humor, and more. Black color meanings are, perhaps, the most symbolic of all colors. So, what does the color Black mean?

As the absence of color, Black naturally became an emblem of death, sadness, and the unknown. Because Black is the color most associated with death, it could be said Black is the most powerful color. Following the ‘power’ of the color, Black can also represent elegance (a Black tie affair), virility and personal power.

Our ancestors associated Black with the time of day when they were most vulnerable, bringing fear. Thieves prefer the darkness of Black to cover their movement and move without a trace.

When we speak of things in ‘Black and White’ we are talking about boundaries (or the lack thereof).

Metaphysically speaking the color Black comes under the ruling of Saturn and Pluto, the Zodiac signs of Scorpio and Capricorn, and in Numerology the numbers eight and zero (zero being the ultimate beginning and eight being a number of foundations and stability).

People often wear Black when they feel vulnerable and want to hide their insecurity. Black projects an air of confidence even when emotions are buried in chaos.

Black sometimes seems intimidating while other times it’s a symbol of rebellion as we see in teens. Black is also authoritative and disciplined, which is why business men often wear black to important meetings. Now, you won’t make a ton of friends when wearing all or mostly Black but you may experience a greater level of success than anticipated.

In magic, Black sacred stones and healing crystals are often used to gather negative energy and disperse it back to the earth. Carrying Black talismans and amulets acts as a means of turning negative energy away from you. Examples of Black stones for this purpose include Obsidian, Black Agate and Black Tourmaline.

Endings have been tied to the color Black, but it’s not forever. Eventually the Wheel of Light turns again to another color and begins a new cycle.

Interior decorators advise that Black is best as an accent color. Too much brings sadness, negativity, pessimism and quarrels. Feng Shui practitioners tie the color Black to the direction of North and the Element of water. The color Black considered feminine in nature (Yin) and provides grounding. Besides North, the best areas in which to use the color Black in the home are in the East and Southeast

What Your Favorite Color Says About You
The Black Personality

People attracted to the color Black strive to obtain prestige. They have autonomous wills and a unerring focus to take the helm in their life as well as the environment in which they work or live. Most people who favor Black colors tilt toward the conservative side of the isle, preferring predictability to adventurousness.

If Black is your favorite color take care to balance all that seriousness and conventionality with something that loosens you up once in a while. Black personalities can potentially become tedious and gloomy otherwise.

With co-workers and friends alike those who love the color Black demand being in a position of authority, which isn’t always received well. Endeavor to lead rather than control, show your feelings once in a while. Otherwise you come across as rather cold and calculated.

The Black personality is protective of personal space often to the point of retreating (the recluse’s color is most definitely Black). You like being mysterious, particularly in the bedroom. You are also a very organized, calculated worker, which often brings you success in your field.

As with those who love the color White, people you may have a Black phase rather than a life-long love affair with this color. This is normal when you decide to stop denying yourself joy and hopes, and get out on the proverbial dance floor of life. While Black is comforting now, it can become overwhelming and rebellious. When you are ready, let some other color back in!

As with all colors, the psychological affect of Black may change depending on the individual or culture. Generally Black presents a “formal” feeling that is noble and distinguished. It is the man at the podium, above the crowd, intense with energy and somewhat emotionally remote.

For some, Black is depressing and negative. Too much of it inhibits the ability to see better prospects. Instead it draws attention to failures, secrets and fears. For others, Black attracts with seductiveness and mystery. It’s a safe harbor where one can easily hide if need be.

In a business setting Black projects leadership, regulation, authority and a sense of refinement. The color Black can be quite intimidating and overly serious, but psychologically it may also inspire confidence.

Consider that Black absorbs all colors creating a powerful barrier toward perceived energy. It is the perfect partner with white for balance.

Off-black colors like dark gray often act as accent colors projecting formality or seriousness of a somewhat lighter scale that deep black. Other variations include charcoal, black olive and onyx.

Working with Black crystals can provide a barrier of safety and imbue you with confidence. Black crystals and stones are exceptionally grounding and bring calm to most any situation.

Quotes About the Color Black

“I’ll stop wearing black when they make a darker color.”

“Women think of all colors except the absence of color. I have said that black has it all. White too. Their beauty is absolute. It is the perfect harmony.”

“I wore black because I liked it. I still do and wearing it still means something to me. It’s still my symbol of rebellion—against a stagnant status quo, against our hypocritical houses of God, against people whose minds are closed to others’ ideas.”

“But when I fell in love with black, it contained all color. It wasn’t a negation of color. It was an acceptance. Because black encompasses all colors. Black is the most aristocratic color of all…. You can be quiet, and it contains the whole thing.”