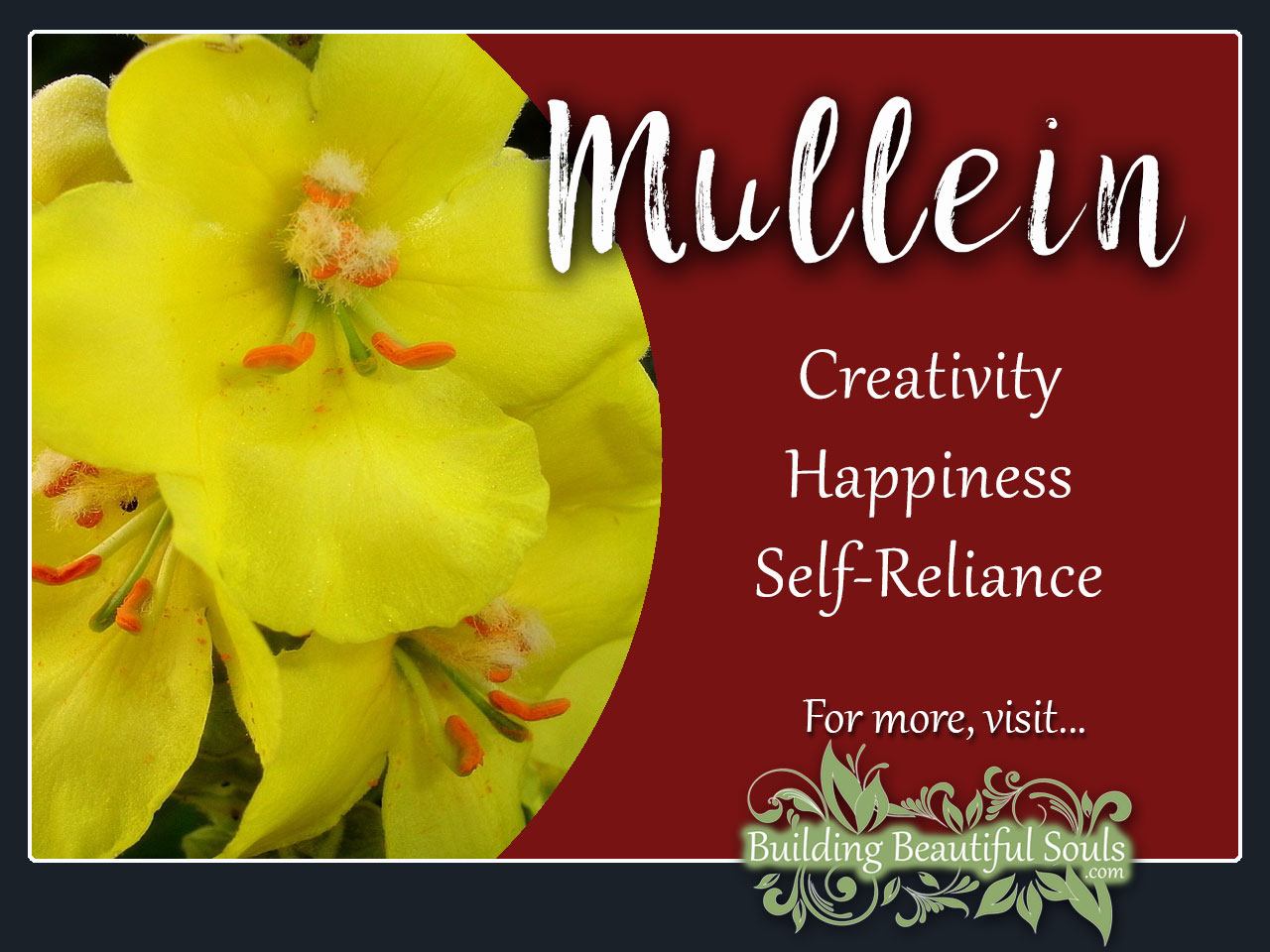 Also called Hag’s taper, Our Lady’s Flannel and Wild Ice Leaf, Mullein (Verbascum spp) has a long and respected presence in a healer’s kit. The plant is regarded as “cool”and bears a flavor akin to salted vanilla.

Mullein may have gotten its name from a Celtic term meaning yellow or a Latin word that means soft thanks to the fuzzy-looking yellow blossoms that crown the stalk. It was among the herbs that served as a bridge to New World approaches to healing. Even among illiterate people nearly everyone knew this plant on site simply because it had so many applications.

For those starting on the path of herbalism, Mullein is very safe. Light Workers feel that when carried it safeguards healers from illness and also guides their work. Whether you look to the Far East or European traditions you’ll find Mullein’s presence not only for its health-giving qualities but as a protective plant spirit.

Metaphysically Mullein represents focus and grounding. When you feel muddled or fragmented, use Mullein as an incense or aromatic oil. It will give you the self-assurance required to put your mind and spirit back in order. Additionally, while the stalk has a phallic impression the flowers are very feminine and soft. In this Mullein brings balance to yin-yang energies that may have gotten disjointed.

In a magical or healer’s garden these plants make quite the impact growing up to 8 feet tall within two years and having 1-foot leaves (sometimes charmingly called bunny ears) depending on the species of which there are over 300 in Europe alone. It’s an ideal fence plant where it won’t block sunlight. The flowers emerge between June and September in hardiness zone 4 to 10.

While some cultivars of Mullein come in other colors the primary hue is a bright, cherry yellow. For all its serious work as a physical healer this gives the Mullein spirit another level of wholeness – that of our mind and emotions. Look to this plant when you’re sad, hopeless or find yourself having creative blockages. Mullein helps reset your aura so it can accept healthier, enthusiastic energies. It also gives you the energy necessary to face mental challenges.

The yellow of this plant acts as a gentle reminder of youthful joy and laughter. If you’re worrying about how others see you – sit down amidst a garden of Mullein and just play! There is no need to be all things to all people.

Dreaming of Mullein usually represents some type of recovery, often physical. Additionally it was not uncommon for magical practitioners to use Mullein as a way to manifest prophetic dreams and astral travel. To make it a tad more palatable try Mullein mixed with mint. Alternatively try making it into an incense blended with Myrrh and Sandalwood.

Mullein In The Victorian Language of Flowers

In the Victorian language of flowers this represent a person’s good nature and positive characteristics.

Where to begin? Mullein is one of the most multi-faceted healing plans known. Externally it reduces pain and swelling. Smoking the herb managed many of the symptoms associated with respiratory infections and drinking Mullein tea deterred digestive problems. According to herbalists it acts as an expectorant, astringent, antispasmodic and anti-inflammatory depending on its preparation.

It’s important to note that several Native American tribes considered this a spiritual healing herb too. It was used for fits, for people thought under the control of wizardry, and if a person passed out a smudge stick acted like smelling salts! Beyond that they had more mundane curatives such as Mullein soaks for foot infections or infusions to clear kidney problems.

In esoteric traditions Mullein gets used for healing, love, future telling, banishing, bravery and safety. One spell, performed at a cross roads (often calling upon Hecate) includes smoking Mullen in order to commune with spirits and Deities who govern such areas.

If you want to avoid nightmares put a sachet of mullein under your pillow. Alternatively bathing in this herb makes you brave and keeps enemies at bay. Its said that ancient witches used the stalks as an alternative to candles for clearing random psychic energy.

There is some dichotomy to Mullein in various traditions. Some say the association with fire, Saturn and Jupiter make it a bane to sorcerers. However, many other stories talk about witches using this herb in numerous rituals and charms.

From a divinatory perspective Mullein appears in the Herbal Tarot as the four of swords. In this depiction the swords reveal power. The Mullein can symbolize a time of healing or perhaps a new gateway for working with spiritual entities.

When you add the vibration of the number 5 with Mullein’s natural characteristics and the color yellow you have a powerhouse of energy. In numerology this number supports transformation. Just like the plant itself, 5 has both yin and yang energy that sings to the independent soul who is not afraid to take a chance. There is nothing dull or ho-hum about Mullein. It’s filled with charisma, charm and intelligent adaptation that makes it a great plant spirit when you’re developing your career without necessarily collapsing into someone else’s rigid codes.

Among the ancient Greeks Mullein was known as fluma, which means set ablaxe. That’s because the stalks were turned into torches. The leaves became wicks. While native to the Mediterranean it didn’t take long for Mullein to spread in both Europe and North America.

Some of the world’s great writers spoke high praises for Mullein including Dioscorides who recommended as a respiratory therapy and Agrippa who claimed it would subdue demons. Mullein first appeared in the National Formulary for herbal medicine in 1916.

Anglo Saxon legends tell us that Ulises carried Mullein when he went to see Circe.. From that point forward he was unafraid of her witchery. Writings also claim that the herb keeps away wild beasts.

During the Middle ages people burned Mullein dipped in tallow as a amulet against witches as well as a conception charm. For this purpose they burned the Mullein stocks while calling upon the Saints for protection.

Some stores to this day call Mullein graveyard dirt, which is a misnomer. Historians believe the title arose to keep people from desecrating sacred sites. Mullein in powdered form became the substitute