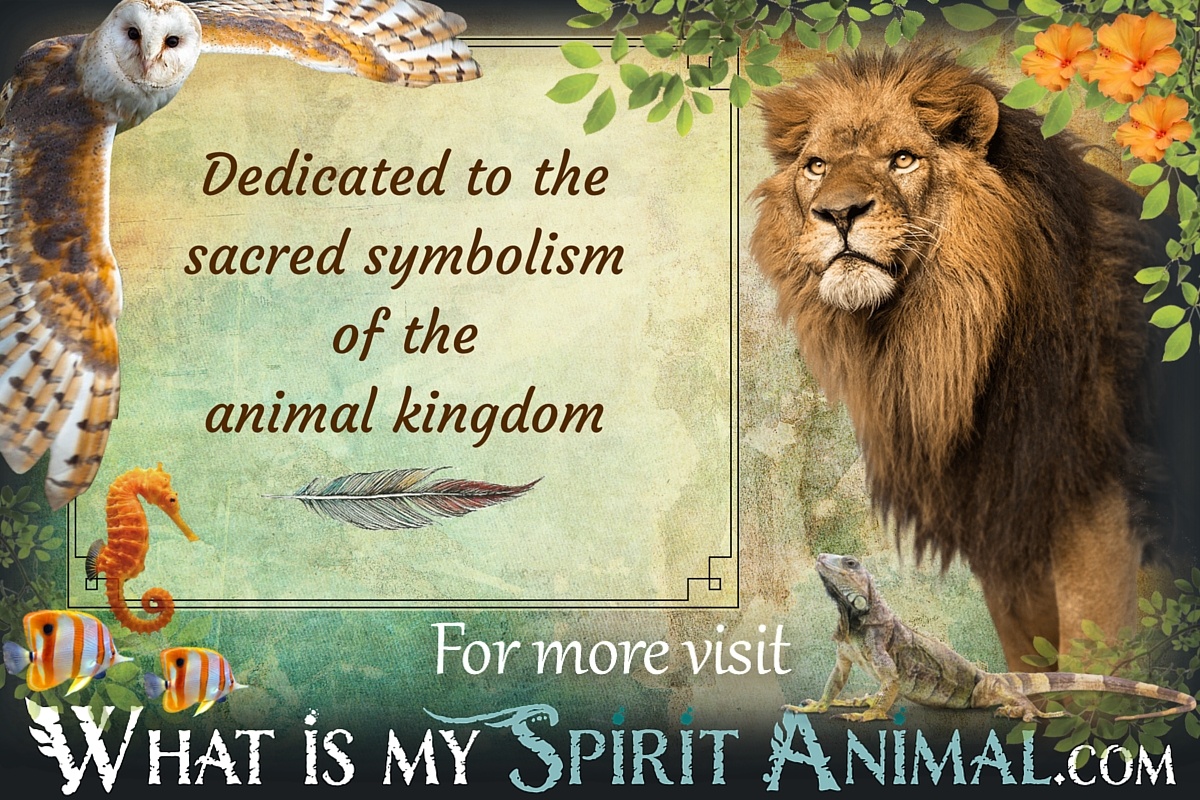 Image from my sister-site WhatIsMySpiritAnimal.com

Welcome to the wild side!

Leaning about and understanding animal symbolism gives humankind an opportunity to re-tune and reconnect with the Ancients, the Ancestors, and the world of spirits that touched their daily lives in significant ways.

Please visit my sister-site WhatIsMySpiritAnimal.com to find hundreds of Animal Symbolism and Meanings articles as well as to learn all about Spirit, Totem, and Power Animals!

At first, this may seem like an odd concept. How can animal energies impact your life?

Get sprayed by a skunk once and you will never forget the power of that creature. Similarly, if you get up close and personal with a bear, your next nickname will be Lunch.

On the flip side, how many stories, memes and videos are flying around the Internet that illustrate all animals’ capacity for unconditional love and compassion?

Though our modern world has somewhat distanced itself from the Earth Mother, literally living in concrete jungles and paved prairies, our ancestors worked in harmony with the world’s creatures. They paid attention to their movements, behaviors, what they ate and where they slept.

This attentiveness meant the different between life and death so it was necessary but out of that “surveillance” grew a profound respect for the animal world.

From these observations the concept of animism emerged (that’s animism not animation – no cartoons yet, although cave paintings come close). Animism is the belief that creatures have a spirit or supernatural presence.

This lead to a great deal of anthropomorphism – giving animals characteristics normally ascribed to humans, and using animal names as a way of describing human behaviors.

Feeling puckish as a bird? Sneaky as a mouse? Are you a fish out of water or crazy as a coot? Well, you get the idea.

Animal symbolism has been present in all societies. So, animal symbolism tells us a great deal about our history and about specific cultures and religious values.

Anthropologists feel that studying the creatures and meanings gives us a glimpse into human awareness and experiences at a specific point in our development. Within those images we find a metaphor for every human experience – life, death, marriage, etc.

The mythology of animals saturates all languages and appears in myths from far and wide. Mythology, in turn affects language development, cultural customs, local values and daily or cyclical rituals.

Every day there is a festival or celebration and you’ll be hard pressed not to find some animal imagery in the fray. Give it a try the next time there is a fair or a parade.

Think of it like “where’s Waldo” but with fur, fins or feathers.

We also find stories that tell us how people perceived creation and natural phenomena. The animal may have appeared on pottery or clothing, on caves or rocks (gives whole new meaning to, “come see my etchings”) – but wherever they occurred there was a reason at least until much later in our development as people of both intelligence and spirituality.

If a particular tribe had a Totem that represented the whole or specific members of the whole, that symbol had meaning to everyone who encountered it. A warrior group, for example, might have a she bear totem because of her fierceness in protecting her young. The symbolism is not simply about the bear, however.

It goes further and sends a message that tells visitors the tribe has strong warriors who will safeguard their own. In effect, animal symbols were a kind of language that conveyed a fair amount of information in one visual aid.

It may help to put the concept of animal symbolism and meaning into a cultural context.
Using Hinduism as an illustration, here we have a belief system that holds animals sacred. Many of the Divine beings in this faith have animal companions or parts.

The art created by Hindu people is replete with animals who tell a story.

No creature is simply “decorative” – it is a spiritual message.

All you need is a key.

How do you find that key, particularly if you’re interested in Hindu spirituality or Deities?

You learn about the myths and practices, and find out what their symbols mean. In other words, you can come here and read through the listings of creatures.

Celtic mythology is a good example of how animals and animal stories impact a culture.

In this part of the world animals generally represented health and fertility. On a purely pragmatic level – they were food and keep the tribe alive.

Beyond that, however, animals had a spiritual presence, a presence often called upon in the hunt or when seeking the answers to difficult questions, or one that acted as an omen.

This is a very stalwart creature that doesn’t think any day is a “good day” to die. Their appearance in dreams likewise indicated a warrior. If the boar was healthy, the dreamer trusted their loved one’s return from battle unharmed.

Look up the animals speaking to your heart in our Animal Meaning and Symbol Guide. There’s myth, there’s folklore, there’s dream imagery and so much more.

Also, be sure to learn all about your animal spirit guide in our comprehensive library of Spirit, Totem & Power Animal Symbolism & Meanings.

At Building Beautiful Souls, we spend a huge amount of time researching our content. We believe every word we put out there into the Universe makes a difference so we work hard to bring you the most accurate and in-depth information we can.

To that end, we do not lump Animal Symbolism meanings in with Spirit, Totem & Power Animal meanings. Though they are connected energetically, the definitions can be quite different.

Here’s how we see it:

We will continue to add more information from the corners of creation as this site grows. In the meanwhile, release your inner Beast and discover the Beauty of its lessons!